Essential Preparations for THE BIG ONE 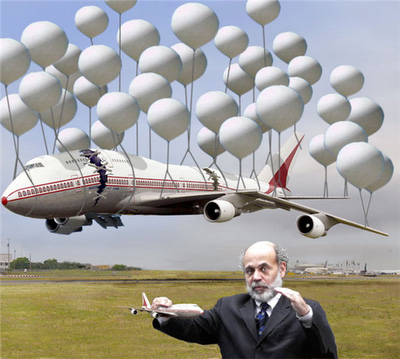 “The U.S. economic and systemic-solvency crises of the last five years continue to deteriorate. Yet they remain just the precursors to the coming Great Collapse: a hyperinflationary great depression. The unfolding circumstance will encompass a complete loss in the purchasing power of the U.S. dollar; a collapse in the normal stream of U.S. commercial and economic activity; a collapse in the U.S. financial system, as we know it; and a likely realignment of the U.S. political environment. Outside timing on the hyperinflation remains 2014, but events of the last year have accelerated the movement towards this ultimate dollar catastrophe. Following Mr. Bernanke’s extraordinary efforts to debase the U.S. currency in late-2010, the dollar had lost its traditional safe-haven status by early-2011. Whatever global confidence had remained behind the U.S dollar was lost in July and August. That was in response to the lack of political will—shown by those who control the White House and Congress—to address the long-range insolvency of the U.S. government, and as a result of the later credit-rating downgrade to U.S. Treasury debt.

“With the U.S. election just nine months off, political pressures will mount to favor fiscal stimulus measures instead of restraint. …Consistent with the precedent set in 2008, the Fed, and likely the Treasury, also will remain in place to do whatever is needed, at whatever cost, to prevent systemic collapse in the United States. All of these actions, though, have costs in terms of higher domestic inflation and intensified dollar debasement.

“The U.S. dollar remains highly vulnerable to massive, panicked selling, at any time, with little or no warning. The next round of Federal Reserve or U.S. government easing or stimulus could be the proximal trigger for such a currency panic and/or for strong efforts to strip the U.S. currency of its global reserve currency status.

As the advance squalls from this great financial tempest come ashore, the government could be expected to launch a variety of efforts at forestalling the hyperinflation’s landfall, but such efforts will buy little time…”

More importantly it underlines the Fundamental Flaw not only in the U.S. Dollar, but also in the world’s other major Currencies – they are Pure Fiat Currencies… Keynesian Spawn.

Having no intrinsic value, Fiat Currencies facilitate a variety of destabilizing phenomena. One is that their Purchasing Power is easy to debase whether by Avaricious Mega-Bankers or by Politicians who want to reward their constituents, but not have them pay for their borrowed benefits currently. A typical result is The Great Currency Purchasing Power Degradation we are now seeing.

The U.S. Dollar has lost over 95% of its Purchasing Power since the Private for-Profit Fed was established in 1913 and the amount of Interest Taxpayers have paid the Mega-Bank Owners of the Fed since then is in the $Trillions.

Earlier this week an informative and widely read newsletter pompously intoned: “Washington has decided to kill the dollar.” We and a few others have been saying so for years. (See e.g.,”Dire Economic Forecast Reveals Profit Opportunities & Cartel ‘End Game’ Threat” (6/20/08) in the Articles by Deepcaster at deepcaster.com.

The U.S. now continues on such a path (with the Euro following along) and it has already led it to the threshold of Hyperinflation with 10.57% per year Real Inflation per shadowstats.com, (Note 1) Official Figures are Bogus.