The FBI, The CIA, Homeland Security, The Federal Reserve And Potential Employers Are All Monitoring You On Facebook And Twitter 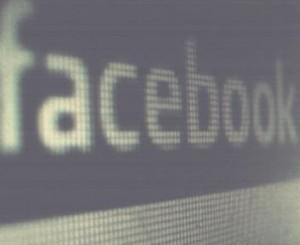 Why is there such a sudden obsession with monitoring what average Americans are saying on Facebook and Twitter?  To be honest, the vast majority of what is being said on Facebook and Twitter is simply not worth reading even if you could understand it.  But for the FBI, the CIA, the Department of Homeland Security and the Federal Reserve, Facebook and Twitter represent a treasure trove of intelligence information.  Tens of millions of us have compiled incredibly detailed dossiers on ourselves and have put them out there for the entire world to see.  Since the information is public, the various alphabet agencies of the federal government see no problem with scooping up all of that information and using it for their own purposes.  Many potential employers have also discovered that Facebook and Twitter can tell them an awful lot about potential employees.  Social media creates a permanent record that reflects who you are and what you believe, and many Americans are finding out that all of this information can come back and haunt them in a big way.  In the world in which we now live, privacy is becoming a thing of the past, and we all need to be mindful of the things that we are exposing to the public.

Sadly, most Americans have absolutely no idea who is monitoring them on Facebook, Twitter and other social media websites these days.  The following are just a few examples….

If you apply for a job at a big company, there is a very high probability that the company will want to check out what you have been doing on Facebook and Twitter.

According to one recent survey, approximately 90 percent of all human resources professionals check out the social media accounts of potential employees.

If you are applying for a job at a small business, there is probably much less of a chance that your social media accounts will be checked, but the reality is that all of us need to understand how the world is changing.

Some employers, colleges and government agencies are even taking things a step further.  Now some of them are actually demanding to be allowed in to the Facebook accounts of applicants.  The following is from a recent Daily Mail article….

Rather than trying to get around the pesky password protections of Facebook and email accounts, certain government agencies and colleges are cutting straight to the source.

Some extremely inquisitive employers are asking candidates to hand over them their email and Facebook login information when they apply for a job.

Others strongly request that the candidate opens their pages in front of them and allow their would-be bosses to scroll through their private information during the interview.