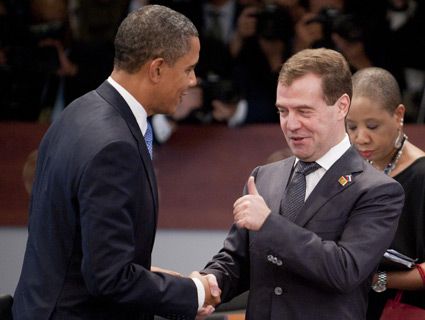 Now that it is clear President Obama is flexible about US missile defense plans in Europe (but only after the election), Russian President Dmitry Medvedev has reason to support another Obama term.

This article was posted in Medvedev, Mitt Romney, Russian president and tagged obama. Bookmark the permalink. Follow comments with the RSS feed for this post.Post a Comment or leave a trackback: Trackback URL.