Obama moves to make the War on Terror permanent 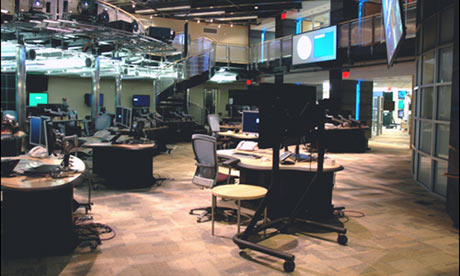 The National Counterterrorism Center, the site of a new bureaucracy to institutionalize the ‘kill list’. Photograph: FBI

A primary reason for opposing the acquisition of abusive powers and civil liberties erosions is that they virtually always become permanent, vested not only in current leaders one may love and trust but also future officials who seem more menacing and less benign.

The Washington Post has a crucial and disturbing story this morning by Greg Miller about the concerted efforts by the Obama administration to fully institutionalize – to make officially permanent – the most extremist powers it has exercised in the name of the war on terror.

Based on interviews with “current and former officials from the White House and the Pentagon, as well as intelligence and counterterrorism agencies”, Miller reports that as “the United States‘ conventional wars are winding down”, the Obama administration “expects to continue adding names to kill or capture lists for years” (the “capture” part of that list is little more than symbolic, as the US focus is overwhelmingly on the “kill” part). Specifically, “among senior Obama administration officials, there is broad consensus that such operations are likely to be extended at least another decade.” As Miller puts it: “That timeline suggests that the United States has reached only the midpoint of what was once known as the global war on terrorism.”

In pursuit of this goal, “White House counterterrorism adviser John O Brennan is seeking to codify the administration’s approach to generating capture/kill lists, part of a broader effort to guide future administrations through the counterterrorism processes that Obama has embraced.” All of this, writes Miller, demonstrates “the extent to which Obama has institutionalized the highly classified practice of targeted killing, transforming ad-hoc elements into a counterterrorism infrastructure capable of sustaining a seemingly permanent war.”

This article was posted in Kill list, obama, Permanent, Uncategorized, war on terror. Bookmark the permalink. Follow comments with the RSS feed for this post.Comments are closed, but you can leave a trackback: Trackback URL.