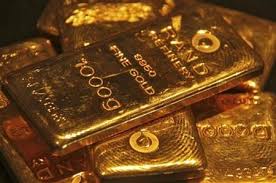 “Sentiment for gold is incredibly fragile at the moment,” writes UBS in Monday’s edition of its daily commodities note. This seems an understandable comment given that gold prices in dollar terms are trading around $1,611 an ounce this morning and briefly traded below $1600 on Friday as news that some closely watched hedge funds had sold out of the yellow metal significantly during the quarter.

But, it does seem significantly at odds with another headline that came out late last week from the World Gold Council, that proclaimed in its Gold Demand Trends for Q4 and the year 2012 that, “Combined growth in jewellery and central bank demand exceeded declines in the investment and technology sectors in Q4 to generate gold demand of 1,195.9 tonnes – the highest fourth quarter total on record, worth a near-record US$66.2bn.”

So, how does one rationalise this seeming disjuncture?

For Michael Power, investment strategist at Investec Asset Management, the answer is fairly simple, “The Western way of looking at gold is no longer correct,” He told Mineweb recently, “and indeed hasn’t been correct for many years. There are two other dimensions to gold of growing importance and, collectively, of more importance than investment – jewellery and central bank demand.”

According to Power in the world of Quantitative Easing, gold will have quarters, halves even which are relatively quiescent, the essential trend has to be upwards even just on the rationale of QE, without thinking of jewellery demand or Central Bank buying. But, he points out, China’s and India’s consumption of gold is now well over 50% of run of mine production.

This article was posted in central bank, Gold, Q4, WGC and tagged Uncategorized. Bookmark the permalink. Follow comments with the RSS feed for this post.Comments are closed, but you can leave a trackback: Trackback URL.