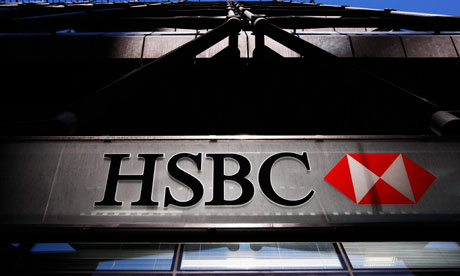 BUENOS AIRES, March 18 (Reuters) – Argentina’s tax agency said on Monday it has uncovered 392 million pesos ($77 million) in fraudulent transactions by HSBC Holdings Plc and said it has asked the judicial system to probe the European bank for alleged tax evasion and money laundering.

“On the basis of what’s been investigated so far, in six months we’ve recorded 392 million pesos in fraudulent transactions, generated by evasion and money laundering,” Echegaray told a news conference.

This article was posted in HSBC, money-laundering, tax evasion and tagged Uncategorized. Bookmark the permalink. Follow comments with the RSS feed for this post.Comments are closed, but you can leave a trackback: Trackback URL.