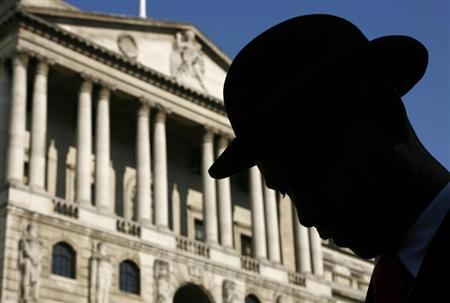 The British media is obsessed with Mark Carney, the new boss at the Bank of England, who, this week, made his first public appearance as governor with a speech in Nottingham. There were adoring comments about his looks (the vague resemblance with George Clooney, supported with plenty of photographs) and his voice (deep, confident, reassuring), and as most journalists are more in awe of money and wealth than they are willing to admit, references to his generous pay package were also not missing. But there was also consternation that the words of the ‘most talented central banker of his generation’ seemed to carry so little weight with the markets.

The Wall Street Journal had previously described Carney as ‘a pioneer of forward guidance’. Forward guidance is the allegedly new central bank technique of telling the market where policy will be heading (or rather, assuring the market where it will not be heading), supposedly in order to make policy more effective. Despite Mr. Carney’s repeated assurances that rates will only be moved higher when unemployment drops to a certain level (7% is Mr. Carney’s magic number) and that this will not occur until 2016, the market has recently been happily selling fixed income securities, and in the process, has allowed the forward curve to start pricing in earlier rate hikes. To Mr. Carney’s pledge to keep rates low, the market has practically been saying, in the words of the inimitable Jeffrey “The Dude” Lebowski, ”Yeah, well, that’s just like…your opinion, man.”

This article was posted in BOE, Central banker, Fixed Income, Mark Carney, markets and tagged Uncategorized. Bookmark the permalink. Follow comments with the RSS feed for this post.Comments are closed, but you can leave a trackback: Trackback URL.