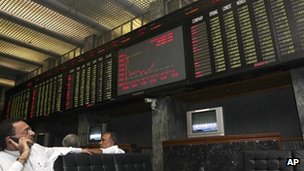 Traders had 15 to 20 minutes’ warning before trading was suspended

Electronic trading on the London Metal Exchange has resumed after a technical issue prevented trading for more than three hours.

Electronic trading on the exchange was stopped at 09:58 BST and resumed at 13:10, the LME said. Other types of trading were unaffected by the failure.

The LME said it communicated with users during the shutdown “to ensure that the recovery was controlled and orderly”.

It said users had 15 to 20 minutes’ warning before trading was suspended.

“It was a controlled halt,” a spokeswoman told the BBC.

The problem is the latest in a string of technical failures to hit exchanges.

This article was posted in halt, LME, London Metal Exchange, trading and tagged Uncategorized. Bookmark the permalink. Follow comments with the RSS feed for this post.Comments are closed, but you can leave a trackback: Trackback URL.