March 22, 2014, witnessed another oil spill in U.S. waters when a tanker full of marine fuel oil crashed into a barge in the Houston Ship Channel. The spill closed all traffic through the channel for three days. Nearly 12% of the U.S. refining capacity came to a halt during the closure. The spill came as the nation marked the 25th anniversary of the catastrophic Exxon Valdez spill that dumped 11 million gallons of oil on the Alaska coast.

Just a month before, on February 23, an oil barge collided with a tugboat Near Vacherie, Louisiana. The resulting oil spill closed a 65-mile run of the Mississippi River and endangered water supplies for communities along the river. Dozens of critical shipments backed up behind the spill location.

Not all spills involve barge traffic. On July 25, 2010, a pipeline full of heavy crude oil from the Canadian tar sands burst near the Kalamazoo River in Michigan. One million gallons poured into the river, destroying wildlife and triggering evacuations along the riverfront. Subsequent investigation revealed some 15,000 defects in the 40 year-old pipeline, including corrosion at the site of the rupture. Although the problems were known by the company and reported to the government in 2005, no action was taken to redress the situation.

During 2013, the five largest U.S. oil companies reaped profits totaling $93 billion, sadly a 27% reduction from 2012 due to generally lower gasoline prices. The five companies remained securely lodged in the top 50 of the Fortune 500. Rather than spending surpluses on exploration, business development or job creation, the majority of oil companies used profits to repurchase their own stock. 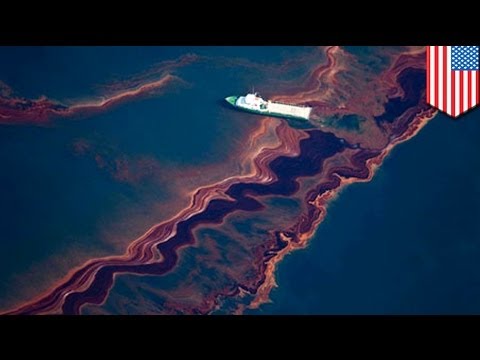 This article was posted in Mississippi river, OIL SPILL, tax-dollars and tagged Uncategorized. Bookmark the permalink. Follow comments with the RSS feed for this post.Comments are closed, but you can leave a trackback: Trackback URL.