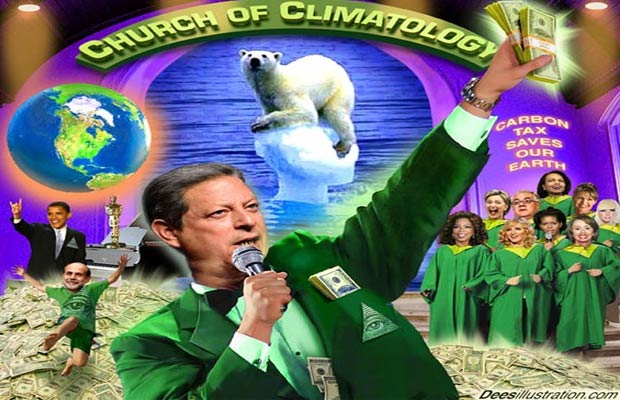 The primary objective behind environmental activism related to anthropogenic global warming (AGW), aka “climate change,” is apparently not climatological, but rather is economic. The revelation came not from “global-warming deniers,” but from the United Nations’ own Christiana Figueres, who serves as the Executive Secretary of the UN’s Framework Convention on Climate Change.

At a press conference in Brussels last  month, the UN climate chief delineated the objectives of the Intergovernmental Panel on Climate Change (IPCC) and the United Nations. She revealed: “This is the first time in the history of mankind that we are setting ourselves the task of intentionally, within a defined period of time, to change the economic development model that has been reigning for at least 150 years, since the Industrial Revolution.”

The post United Nations Admits Climate Change Is About Undoing Capitalism appeared first on Silver For The People.

This article was posted in Capitalism, Climate Change, United Nations and tagged Uncategorized. Bookmark the permalink. Follow comments with the RSS feed for this post.Comments are closed, but you can leave a trackback: Trackback URL.