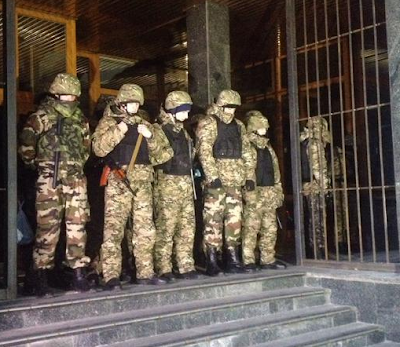 Natalie Jaresko told the Financial Times in an interview that a four-year, $40bn, IMF-led bailout finalised this month — including restructuring $15bn of debt — was enough to stabilise the financial and banking system. But that was a “first step”.

Ukraine needed billions more to restart growth, rebuild shattered infrastructure, and deal with the effects of the eastern conflict that has killed at least 6,000 people, wounded 15,000 and displaced more than a million.

“I believe strongly that the G7, and frankly speaking the broader G20, has a responsibility now to support Ukraine in a much bigger way financially,” Ms Jaresko said.

Yes, it is an interesting debate. But missing form the debate is a Ukraine civil war that is still ongoing. Money to rebuild shattered infrastructure will do no such thing. Instead it will go for more war-mongering.

The post Oligarchs and their “Pocket Armies” Take Over Oil Company in Kiev; Ukraine Begs for More Money; Three-Way Civil War? appeared first on Silver For The People.

This article was posted in IMF, Kiev, Ukraine and tagged Uncategorized. Bookmark the permalink. Follow comments with the RSS feed for this post.Comments are closed, but you can leave a trackback: Trackback URL.