Wow. Congress wants to prohibit the Fed from bailing out bankrupt states. 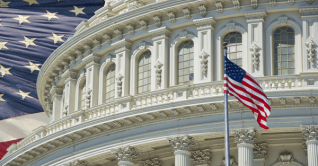 Just days ago, in the midst of the Puerto Rico debt morass, 24 members of Congress introduced the “No Bailouts for State, Territory, and Local Governments Act.”

The title pretty much sums it up.

Congress knows there’s a massive wave of defaults looming at the city and state level.

Detroit and Puerto Rico are just the tip of the iceberg.

Aside from a few top performers like Alaska, South Dakota, and Wyoming (which, ironically, have no state income tax), many US states have atrocious finances.

Illinois and Maine, for example, have dangerously low levels of cash relative to the debts and obligations they have to pay.

The post Wow. Congress wants to prohibit the Fed from bailing out bankrupt states. appeared first on Silver For The People.

This article was posted in Bailouts, Debt, FED, Governments, Income tax and tagged Uncategorized. Bookmark the permalink. Follow comments with the RSS feed for this post.Comments are closed, but you can leave a trackback: Trackback URL.