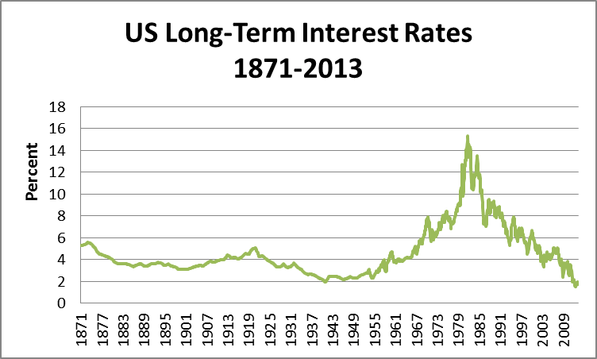 This article was submitted by Addison Quale, SchiffGold Precious Metals Specialist. Any views expressed are his own and do not necessarily reflect the views of Peter Schiff or SchiffGold.

Peter Schiff has stated clearly for the record that this financial system is headed towards collapse. While many like to point at inflation as the key indicator to pay attention to, we have been offering another: interest rates.

Indeed, the pathologically falling interest rates taking place across the world are more of a signal that this system is headed for collapse than inflation, which we also believe will have its day. In other words, the mainstream economic commentators who keep telling us to get ready for rising rates aredead wrong.

This recent article provides a detailed explanation as to exactly why this is happening.

Interest rates should be in equilibrium. Pushed down by entrepreneur-borrowers who can’t stomach high rates and savers who won’t lend their savings to banks for low rates, interest rates should remain moderated. That’s how rates would function in a truly free market.

The post A Glance at Major World Treasury Bonds Paints an Increasingly Negative Picture appeared first on Silver For The People.

This article was posted in Free Market, inflation, Interest Rates, treasury bonds and tagged financial system, Uncategorized. Bookmark the permalink. Follow comments with the RSS feed for this post.Comments are closed, but you can leave a trackback: Trackback URL.