Is Someone “Trying To Start A MegaTsunami”? Strange Earthquakes Go Off In Precise Grid Pattern The idea of using technology to trigger of earthquakes and other weather weapons seems inconceivable to those who are not paying attention or are ill informed. But look closer at who benefits from chaos and destruction, and who has been conducting the research and you will see a pattern emerging and a mechanism at work.

Dahboo reports on a series of bizarre earthquakes happening in a controlled grid pattern, typically at a shallow depth and at a relatively low magnitude:

As the Daily Sheeple reported:

Why Is This California Earthquake Swarm Happening in a Perfect Grid Pattern?

A series of shallow earthquakes are striking California in what appears to be an almost perfect grid pattern.

So…? What could explain it?

A secret continuity of government bunker?

Because one thing is for certain: this isn’t natural. 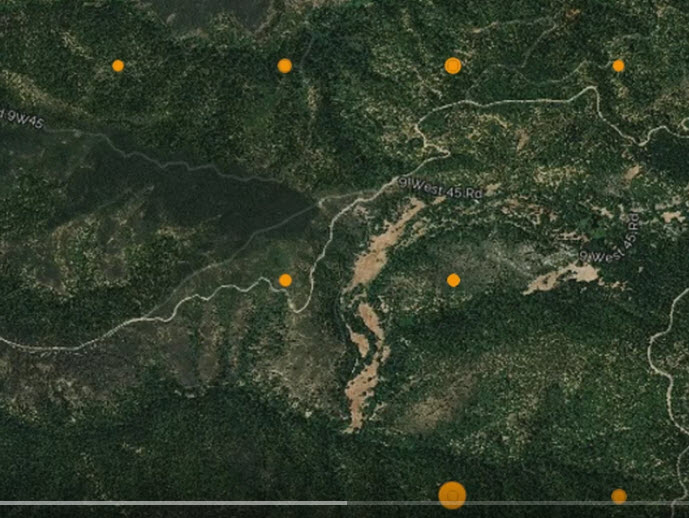 Could it be that someone is attempting to leak out the pressure through what they can only hope is a controlled series of earthquakes?

Is there a Manhattan Project to expand underground bunkers and secret facilities wherein controlled earthquakes are used to initiate construction? Is it related to fracking or underground waste disposal? Is it possible someone is about to start the fire that will ignite the big one? What the hell, exactly, is going on here… or is it just another coincidence?

Are the elite attempting to torch a major earthquake in California and/or an absolute monster tsunami in the Pacific that could set off the whole world crashing in on itself?

If so, who picks up the pieces? How many lives would be lost? Those are difficult questions to answer; impossible to know.

But what we have seen is plenty of warnings that a major earthquake is coming from official sources; there has been lots of focus on the overdue pressure release in Southern California on the San Andreas fault line, and the sense that complete disaster is inevitable. What if certain parties are tired of waiting for natural disaster to strike in its random way. Perhaps they would prefer to speed things up.

Don’t ignore the fact that there are now sophisticated ways of orchestrating many events that have been heretofore left to nature’s design, but which have now become the playthings of empires.

FEMA Preps For the Big One: “Involves A Magnitude 9.0 Earthquake Along Cascadia Subduction Zone”

This article was posted in California, Conspiracy Fact and Theory, Earthquake, emergency, Emergency Preparedness, fault, Grid, HAARP, Headline News, new madrid, San Andreas, Shut Down, Tsunami, weather weapons. Bookmark the permalink. Follow comments with the RSS feed for this post.Comments are closed, but you can leave a trackback: Trackback URL.