Things Are Happening At An Alarming Pace in Syria: “Putin Gears Up For War” 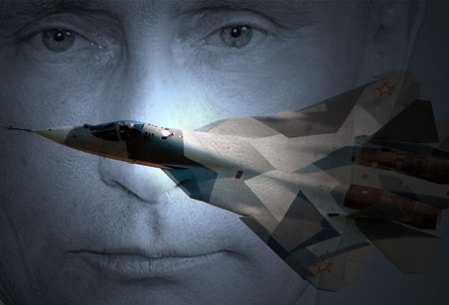 The United States has remained bull-headed in its “diplomacy” in Syria, and has brazenly refused to even discuss problems with Russian diplomats on the world stage.

As a result, negotiations and diplomacy have broken down altogether, and the Russians are instead issuing dire warnings to the West not to start a war by intervening directly against Assad.

Clearly, however, things are likely to escalate, perhaps quickly. It seems as if President Obama and Secretary of State John Kerry

As SHTF reported yesterday, Russia is officially on war footing, with more than 40 MILLION of its population participating in the largest ever nuclear warfare drill.

The powers that be are now flirting with the option of all out war, and potentially unprecedented levels of destruction. The American public has never been presented with any cohesive rational or good reason at all for why we are still embroiled in the Middle East, and one can only assume that there are other hidden agendas at work.

The rivalry to supply Europe with energy, and a proposed pipeline from the Arabian peninsula through Syria and Turkey into Europe may be a much better explanation for why we are being dragged so perilously close to war than anything else we’ve been told. It certainly appears that the West intends to allow radical Islam to take hold of the region amid a vacuum of power, and that the U.S. would prefer to partner with terrorism rather than lose its grip on the existing world order.

Meanwhile, the Federal Reserve is charting new territory – by aiming to directly intervene in the stock market. The future of financial stability appears fragile at best, and inclined to descend into total chaos. As Seeking Alpha reports:

In a video conference last week, Fed chair Janet Yellen indicated that the Federal Reserve is mulling the idea of responding to downturns by buying corporate stocks, corporate bonds, and other non-traditional assets: “It could be useful to be able to intervene directly in assets where the prices have a more direct link to spending decisions,” she said.

Forces on all sides are approaching a point of no return, one in which conflict seems a better option than actually fixing the problems at hand. The powers that be know how to manufacture and manage conflict much better than they know how to inject stability into the economy.

The Death of the Dollar and the rise of WW3 are interlinked, a suicide pact for the American way of life, and a deadly epidemic of war across the globe that will affect billions of people.

As the Daily Sheeple reports:

The march toward World War III is on… Putin is gearing up, but what is Obama doing? Plus Yellen claims she might directly intervene in the stock market. Hold on folks, it’s going to be a bumpy ride.

Host Joe Joseph breaks it all down in the second segment of a brand new news show from The Daily Sheeple.

It seems that we are on a trajectory for very dark times. Prepare accordingly.

Russia Conducts “Nuclear Drill” With 40 Million As U.S. Pushes for War in Syria

US Complains As Putin Bombs its Terrorists: “ISIS Is An Intentional Creation of U.S.”