Drowning In Debt: 35 Percent Of All Americans Have Debt That Is At Least 180 Days Past Due 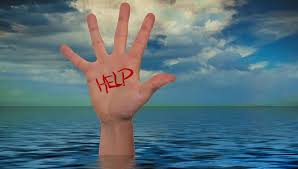 More than a third of all Americans can’t pay their debts.  I don’t know about you, but to me that is a shocking figure.  As you will see below, 35 percent of the people living in this country have debt in collections.  When a debt is in  collections, it is at least 180 days past due.  And this is happening during the “economic recovery” that the mainstream media keeps touting, although the truth is that Barack Obama is going to be the only president in United States history to never have a single year when the economy grew by at least 3 percent.  But at least things are fairly stable for the moment, and if this many Americans are having trouble paying their bills right now, what are things going to look like when the economy becomes extremely unstable once again.

And the city’s troubles have left a mark on the financial stability of its residents in a big way, according to a new report from the Urban Institute.

The post Drowning In Debt: 35 Percent Of All Americans Have Debt That Is At Least 180 Days Past Due appeared first on Silver For The People.

This article was posted in Barack Obama, Debt, economic recovery, Economy, United States and tagged Uncategorized. Bookmark the permalink. Follow comments with the RSS feed for this post.Comments are closed, but you can leave a trackback: Trackback URL.