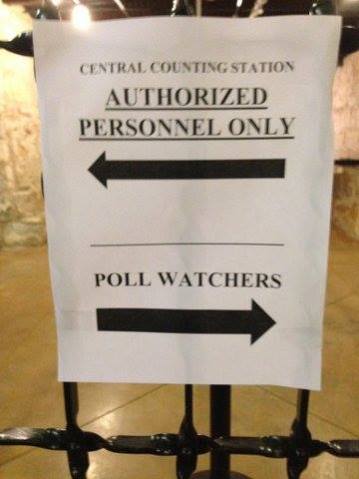 There is every reason to think that there is some fudging going on at polls across the country tonight.

There may be too much to keep up with, but there is every reason to question how this irregularities could affect the outcome.

Sporadic complaints of equipment failures and long lines greeted voters across the country Tuesday as they headed to their polling centers to cast their vote – though the largely routine glitches didn’t stop some from claiming the system was “rigged.”

Election officials in Utah said voting machine problems in the southern part of the state forced poll workers early in the day to use paper ballots. A computer problem in Durham County, North Carolina — a Democratic stronghold in a state that has been a key battleground in the presidential race — triggered long lines when election officials had to rely on a paper check-in process.

CBS News is reporting on a number of issues as well, including broken voting machines – and last minute replacements – in Michigan, also a battleground state that could sway the election:

City Clerk Janice Winfrey says some voting machines in Detroit stopped working Tuesday morning and had to be replaced.

The delay caused long lines and waits of an hour or more to vote.

Winfrey says her office received about 50 calls for broken voting machines, but some were repeat calls for the same machines she describes as a decade old.

In Texas, poll watchers are reportedly being segregated and prevented from their duties of accountability. perhaps the above photo says it all:

According to Laura Pressley, who is closely tied to voting accountability efforts in the state:

Texas–Official poll watchers from the Republican and Libertarian Parties have been obstructed from monitoring the Central Counting Station main tabulation computers and the audit log printers in Travis, Dallas, and Bexar counties. See the Hill County sign that says it all. Watchers are battling with Secretary of State’s office on the interpretation of Texas Election Code statute 33.056…poll watchers are “entitled to observe any election activity.”

According to the Texas Election Code:

There’s a lot of weird stuff going on, and a lot to be gained and lost tonight.

In the end, it will be the electoral college votes, not the popular vote, or the polls that determine who takes office, and unfortunately, the tables are tilted towards Hillary. And the right amount of editing could tip the scales. 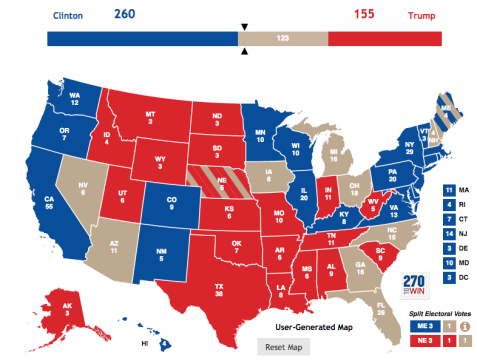 No One Can Stop Her… And She Knows It: “This Election Won’t Be Fair”

This Is a Usurper, Not a Candidate: California Primary Was Stolen, And Hillary’s “Nomination a Coup”

Protesters Rage Against the DNC: “Hillary Didn’t Get the Nomination. The Nomination Was Stolen”

This article was posted in 2016, aftermath, broken, Conspiracy Fact and Theory, Diebold, Electronic, Emergency Preparedness, Machines, Rigged, stolen, voting. Bookmark the permalink. Follow comments with the RSS feed for this post.Comments are closed, but you can leave a trackback: Trackback URL.