Disaster-Prepared Earthship Bunkers “To Survive The Apocalypse… And Start Again” 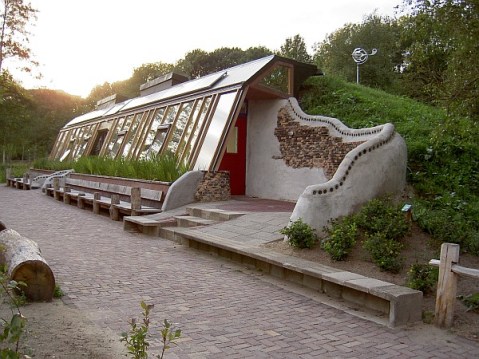 It won’t be an easy path, or one that the masses will have an opportunity to follow before things fall apart, but it could still influence the future of the way we live… a least what remains of humanity in the aftermath.

A prepping company that caters to wealthy people concerned with the rising tensions and the dark trends that are enveloping America – economically, socially, politically and even environmentally – is not only constructing bunkers to house survival communities, but attempting to steer this conscious development into a better way of life.

The US company creating the $1.5million “Earthship” eco-structures says humans “must evolve” and insists they “will soon be a necessity” for our species “to survive on this planet.”

The bizarre U-shaped hideaways, which can reportedly survive in any climate, can be deployed to any part of the world and are self-sufficient enough to survive in isolation – during a killer virus outbreak or a radiation catastrophe.

The Earthships’ thick walls are built from car tyres packed full of mud and small stones which form a “earth brick”.

The homes are made almost entirely from recycled materials including glass and wood and are “off-grid” – power comes from solar panels and wind turbines nearby and they are earthquake-proof.

IT is perhaps not surprising that the best way to survive would be sustainable, in an environmental sense, and self-sustaining in another… many preppers and homesteaders doing it this way all along. The best way to hedge against a collapsing system is to live outside of it, and insulate against its shocks and pressures. 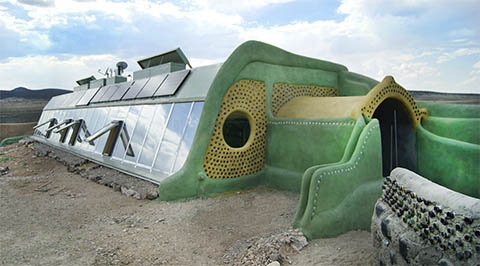 These Eco houses built to survive natural disasters could keep you safe during Armageddon – if you can afford the princely sum of $1.5million.

“Our houses would work during and post disaster,” said Agate, a spokesperson for the company.

“Our buildings resist earthquakes, typhoons and even fire. We want to emphasise how strong they are. Ponded tyres are so strong and the house provide you with all necessary need for human to survive. Earthship is an eco-system in itself.

“The purpose of the homes is to make people self-sufficient and the house itself takes care of them. The house provides people with shelter, energy, fresh water, food and waste disposal -sewage and garbage.

For those dedicated enough to build or buy into it, completely resilient structures can buffer everything from roaming hordes and rioting masses to nuclear, biological and chemical war and simply a logical extension.

If taken seriously enough, these communities could emerge on the other side of… just about anything.

This style of housing has popped up in the deserts of New Mexico and Arizona over the past several decades – in part out of the necessity of coping with the harsh growing climate and low rain fall.

But these same custom-made adaptations to desert conditions are equally vital to independent, off grid and out-in-the-middle of nowhere patriots who’d seek not only to survive, but to thrive without the interference of a society hell-bent on taxation, building codes, permits, inspections, fines, fees and… control.

Is it the way of the future?

“There is a fight going on to provide people with more freedom to take care of themselves in ways that respect and understand the ways of the planet. This fight is with lawmakers and government institutions.

The Realities Of Choosing Your Survival Retreat Location

Regulated out of Existence: Off-Gridders Forced back on the Grid, Camping on own land Illegal

Worst Mistakes To Avoid When Going Off Grid: “We Wish We’d Known”

This article was posted in attack, biological, collapse, Conspiracy Fact and Theory, desert, earthship, Headline News, homes, homestead, prepping, society, survival, Underground and tagged nuclear, riots. Bookmark the permalink. Follow comments with the RSS feed for this post.Comments are closed, but you can leave a trackback: Trackback URL.