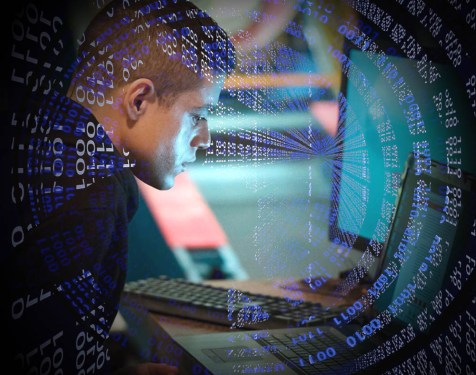 It was like a scene straight out of Mr. Robot.

A massive hack attack took nearly a million people offline, cutting them off in an Internet outage that proves how vulnerable our lives have really become.

The motive for the disruption isn’t clear, but the sheer power that now lies in a handful of vigilantes and manipulators is stunning.

If hackers turn against you, your connection to the outside world can be dismantled in a matter of seconds, unless, of course, you have established back up, off grid communications.

Around 900,000 routers across Germany were hit by the outage which started on Sunday, a company spokesman told DPA on Monday.

The routers connect customers not only to the internet, but also to telephone and television services. The spokesman explained that the problem was not with the network itself, but rather with identifying routers upon dial-up.

“We have found the first indications that we were possibly victims of a hacker attack,” a spokesman said. Massive outages are rare… [but] Germany has been the target of repeated cyber attacks in recent years.

Earlier stories have shown how hackers could cause power surges by remotely turning air conditioners and other smart appliances on-and-off repeatedly under the activity overloads the power grid – either locally, or on a wider scale.

Most new cars, outfitted with GPS and wifi systems, can also be hacked, and the results could be fatal if a black hat operator were to target you. Basically, any device connected to the Internet can be weaponized. Stephen King’s Maximum Overdrive alternative reality has dawned, and already things are getting pretty weird.

Hackers have been taking down the global infrastructure, but for whose agenda isn’t clear.

But this has happened many, many times before:

• WW3 Has Begun, And It Is Digital: “New World Hackers” Claim Cyber Attack That Took Down Major Sites

• Cyber Attack May Be To Blame For Deadly Amtrak Crash: “It’s Unclear Whether the Speed Was Increased Manually”

News sources have been quick to tie hacking activity to Russia, as if cyber warfare were confined to borders and nationalities. The information war has more sides than a dodecahedron. However, this adds fuel to the ideological fire that is creating a new enemy in Putin and a resurrected Cold War.

A new national enemy will keep the restless and angry population distracted, and their anger and confusion can be redirected; dissent can be stifled under cover of patriotism and national security. Facebook and Google are doing most of the work anyway, using the meme of “fake news” to cull the weeds of free speech, and cultivate their bonzai tech democra-topia.

Control exists today through the grid, and the operatives of the CIA, NSA and shadow government at large are pushing in the Internet of Things (IoT) as a means of using hyper-surveillance and monitoring to socially engineer human behavior in response, and in feedback to household appliances, energy prices and propaganda cues.

Will it be total chaos, or total control? Both could result from the precarious dangle that we are doing over the invisible threads of the Internet.

This is Why You Need Your Money Out of the Bank: Freeze Outs, Glitches and Holds Increasingly Locking Customers Out of Funds

What Are You Going To Do When A Massive EMP Blast Fries The U.S. Electrical Grid?

This article was posted in attack, Conspiracy Fact and Theory, Cybersecurity, DHS, Electronic, Grid, Headline News, Internet, vulnerability, warfare and tagged Hackers. Bookmark the permalink. Follow comments with the RSS feed for this post.Comments are closed, but you can leave a trackback: Trackback URL.