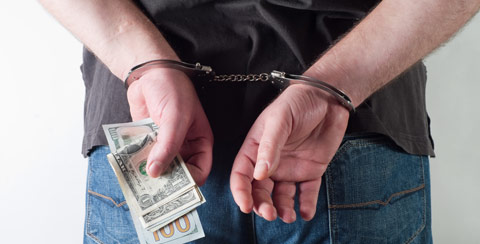 Forget about tax policies and left-right politics with the coming era of Trump.

The real trend for the direction of the economy is in the rapidly-accelerating transition to a cashless society.

This vicious move by the top of the pyramid to eliminate physical currency is a drastic step towards the near-total control of society.

Already, plastic cards and electronic payments have taken over the trend of many point-of-sale purchases, not to mention the majority of online sales, which are now very significant.

However, cash remains a major part of spending, and an important part of the individual’s daily economic life.

Nonetheless, the cashless grid is setting in, and its consequences are coming down on society.

Sean of SGT Report talks with David on the dire repercussions of the cash-smackdown that is taking place within the U.S. and across the global economy.

They argue that the promise of electronic currency cutting down on crime, etc. is all just “smoke and mirrors” – and ultimately has nothing to do with reducing criminal activity and fraud, but rather with transferring wealth and power to the Deep State and the elite shareholders.

As things go increasingly cashless, the banking system not only gets a percentage of every transaction, but also has access to revealing information about everything you do, everywhere you spend money, everyone you exchange with, etc.

Banning cash if FOR the bankers. It is a closed system that only benefits privileged class, as David Smith argues in the video below.

All the funds are put into the system, but very little flows back out…. this is typical of the pyramidal structure of the system, and the basis of the flow of “trickle down poverty” – a drying up of the wealth and fluidity of the ordinary people.

At the same time, the system can target you whether or not you have done anything wrong – if they don’t approve of your politics, your speech or your actions, they can cut off your funds, and de-authorize everything that is managed electronically. It is guilty until proven innocent.

If they take physical currency away, only those with gold/silver will still have wealth.

India, the crackdown on large bills and the attempt to force all of its one billion people onto a system of biometric ID checks and a cashless system presents an enormous shift away from freedom – in this Asian country that has been rapidly developing into a 21st Century version of itself that wouldn’t have been recognizable in the 20th Century. According to Zero Hedge:

As Jayant detailed previously, expect a continuation of new social engineering notifications, each sabotaging wealth-creation, confiscating people’s wealth, and tyrannizing those who refuse to be a part of the herd, in the process destroying the very backbone of the economy and civilization.

“The situation is getting worse by the day… people are desperate”

Back in November, India banned 500 rupee and 1000 rupee notes – worth something like $7.50 and $15, respectively; as Bhandari notes, these are the widely used bills, and they have thrown the Indian economy into chaos, as the poorest people in the country brace for a forced-move to an electronic system, when the majority of the people in India have no bank accounts, and little to deposit into their accounts.

The forced banking has created huge lines, and a total disruption to the low level economy, and the very livelihood of India’s billion poor people, who need their small daily allowance to buy board and other basics. The bureaucratic move is entirely burdensome, not to mention awkward, but apparently it is the wave of the future.

That future will be very harsh on the poor and middle classes.

The Federal Reserve Board, overseeing the financial system in the United States, tracks cash vs. non-cash spending in the economy, and is aware of the continued popularity of cash as form of payment among all ages, and especially among young people who are often less tied to banks and more complicated financial instruments.

Just as in other countries, the lower and working classes use cash the most, and so restricting cash is first and foremost a penalty against those who are what the Fed refers to as “unbanked and underbanked”:

Although all consumers use cash approximately the same number of times a month regardless of  income, those making less than $25,000 annually use cash for a much wider variety of transactions than do those with higher household incomes. These consumers typically have a higher number of monthly cash transactions with a ticket size valued at $25 or more than does any other household income group. Specifically, those making less than $25,000 annually have an average of 5.1 such transactions a month versus 3.2 for households earning more than $25,000.

Consistent with this, the total value of low-income consumers’ cash spending, at $558 per month, is much higher than any other income group’s cash spending. Moreover, low income consumers use cash much more frequently for bill payments like housing than the average consumer. This likely is due, at least in part, to a lack of access to banking and financial products. This finding is not surprising in light of various studies of “unbanked and underbanked” U.S. consumers, many of whom also fall into the lower-income category. [A] study by the FDIC found, low income consumers use cash because they view most mainstream banking and financial products as too expensive or too difficult to obtain. (Federal Reserve Board report, 2014)

This problem of decreased bank access among the poor has made the currency crisis in Venezuela that much worse, as inflation has necessitated stacks of money, and the government is taking bills out of circulation anyway in order to take back control, even at the cost of hungry and angry people in the streets.

Similar events are sure to take place in the United States as well, under the right circumstances.

Many people are not well-established enough within the system to make it without the use of cash; the transition a cashless society will not be without some dark tradeoffs. It could be enough to trigger unrest, depending upon how it is handled and metered out.

From a prepping point of view, you should maintain access to several forms of stored value – cash under the mattress, as it were, silver and/or gold hard currency as well as barter items/services that can be traded during an emergency.

If the system unravels, and especially if the grid goes down, the lines at the ATM will be very long – in the better scenario – or not functioning at all, along with all the retail outlets where you are accustomed to making purchases and gathering food and supplies.

Don’t keep your eggs in one basket, and don’t count on the system being there when you need it.

“Downright Sinister”: The Real Motivation to Ban Cash Will Shock You

“Policing For Profit”: Cops Claimed Couple Had Drugs, But They Were Really Looking for Cash

‘Cash Is Being Eradicated’: Digital Payments Take Over Western World

This article was posted in banking, cash, cashless, Conspiracy Fact and Theory, credit, Electronic, Headline News, society and tagged commodities. Bookmark the permalink. Follow comments with the RSS feed for this post.Comments are closed, but you can leave a trackback: Trackback URL.