Is Syrian War Over? Putin’s Ceasefire Includes Plan to “Break Up Syria Into Sub-States” 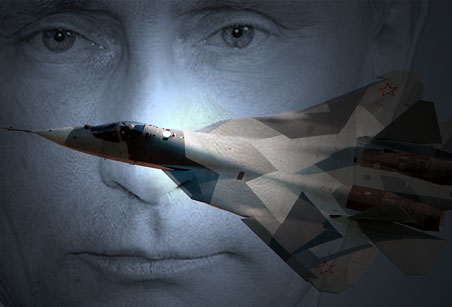 The war could be over in Syria. A peace is being negotiated on Putin’s terms, signaling a drastic shift away from American hegemony and unipolar world order.

Assad’s forces, fully backed by Russia, finally secured a decisive defeat in Aleppo, turning the tide for the factions of “moderate rebels” and “ISIS terrorists” that have been ruling intermittently in pockets of Syria.

Now, with targeted diplomats and larger threats to peace, President Putin has scored a psychological victory over the West, negotiating a peace in Syria in which the U.S. and NATO have no official involvement.

The deal could lead to a new political system in Syria that would break the country into three sub-states, and a formal federal overlay, inherent in the tensions surrounding the embattled state. President Assad would retain power for a short time, before being replaced by a new leader.

According to the Daily Caller:

The three sub-states would be regionally autonomous and nominally remain under the power of a federal administrative system. This federal system would retain Syrian President Bashar Al-Assad in the beginning, before a less divisive figure took the helm. Assad’s religious sect, Shiite Alawites, would remain in charge of the federal system and have their own zone of influence under the terms of the deal.

The Syrian proposal hearkens back to Vice President Joe Biden’s 2006 proposal to split Iraq into three autonomous sub-states in lieu of pursuing the 2007 troop surge.

[…] Each of the three countries retains a large geopolitical stake in Syria’s future.

Turkey wants to deny Syria’s Kurdish minority a de-facto state on its border, whom they regard as an existential threat on the same level with the Islamic State. Iran wants to retain a friendly Shiite ally along its border, and remains invested in Assad’s leadership. Russia conversely backs Assad but ultimately wants to retain its basing rights in Syria, and broker a successful deal to signal leadership role in world affairs.

[…] After a ceasefire is fully in place, the U.S. and its Gulf-Arab allies would be brought into the negotiations to offer input. The lack of a U.S. role in the ceasefire or beginning framework of the talks is a significant embarrassment to the Obama administration.

The Obama Administration has been conspicuously quiet, having been embarrassed out of the arena some time ago.

Two terms of a disastrous foreign policy, under the misleadership of Secretaries of State Hillary Clinton and John Kerry, have undermined U.S. interest, created more terrorism, escalated tensions with Russia and inflamed relations between Muslims and the Western world.

US To “Suspend Diplomatic Engagement” With Russia, Turn to Military Options in Syria

False Flag or Conflict With Russia? Top “Conflict Risks” For CFR Elite in 2017

Propaganda War Exposed In Aleppo: “About To Die, Saying Goodbye… But Available for Interview”

This article was posted in aftermath, Assad, ceasefire, Conspiracy Fact and Theory, Erdogan, Iran, ISIS, Kurdish, obama, Putin, terrorism, United States, West and tagged syria, turkey. Bookmark the permalink. Follow comments with the RSS feed for this post.Comments are closed, but you can leave a trackback: Trackback URL.