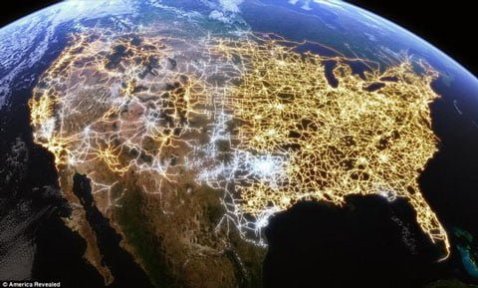 If you weren’t paranoid before, it may be time to start paying attention.

“They” are spying on everything you do, and are collecting information about every purchase, appliance, vehicle or place you make, do or interact with. For the first time in history, we have arrived at a time when nearly everything is chipped, and almost everything is tracked.

It really is true, and it’s no longer a conspiracy theory.

They are spying on everyone, collecting all the available data and tracking you, your family and everyone you know. All the time.

And worst of all, it does matter, it will be used against you – for revenue collection, social control, fines, fees and evidence if necessary – even if you haven’t done anything wrong. Is it any wonder why many states have made living off the grid illegal, and have attempted to get everyone on the grid?

If you don’t conform to the habits of most Americans – and harvest alternative stores of power, fuel, food, water and supplies, then your energy use and digital footprint (or lack thereof) will cast you as a suspicious anomaly, worth of investigation, seizure of goods, subject to violations and codes, and NOT off the radar.

Meanwhile, your interaction with other people will intercept data about you and your activities even if you don’t carry a smart phone or wearables.

The extremes are already here. The murder case where police have sought data from an Alexa smart device is just the beginning of what is to come:

In what may ultimately lead to a precedent setting case and/or landmark court ruling, police in Arkansas have demanded that Amazon provide them with recordings made by an Amazon Echo device that was located in the home of murder suspect… (source)

Many other attempts have been made to microchip people, while the cashless grid has already found widespread acceptance.

Former CIA director David Petraeus admitted to the tech community that the Internet of Things (IoT) was about to become one of the greatest assets in the spy community – as an endless pool of data could turn the tables on any ‘persons of interest.’

More and more personal and household devices are connecting to the internet, from your television to your car navigation systems to your light switches. CIA Director David Petraeus cannot wait to spy on you through them.

Earlier this month, Petraeus mused about the emergence of an “Internet of Things” — that is, wired devices — at a summit for In-Q-Tel, the CIA’s venture capital firm. […]

All those new online devices are a treasure trove of data if you’re a “person of interest” to the spy community. Once upon a time, spies had to place a bug in your chandelier to hear your conversation. With the rise of the “smart home,” you’d be sending tagged, geolocated data that a spy agency can intercept in real time …

“Items of interest will be located, identified, monitored, and remotely controlled through technologies such as radio-frequency identification, sensor networks, tiny embedded servers, and energy harvesters — all connected to the next-generation internet using abundant, low-cost, and high-power computing,” Petraeus said.

More and more of these smart chips are being integrated into absolutely every imaginable device.

Unless you are investing in vintage equipment, you will be buying into this system, even with basic appliances

An alarming report in 2013 highlighted concerns over some Chinese-made irons and tea kettles that included wireless spy chips… for purposes unknown, since these devices are not “smart” gadgets with computer interfaces and high-dollar functionality.

To this date, Qualcomm has shipped over a billion of Internet of Things (IoT) chipsets, the San Diego-based semiconductor manufacturer revealed on Tuesday. While speaking at the CES Unveiled press event yesterday, the company’s Senior Vice President of Product Management Raj Talluri said that the firm is already serving all segments of the IoT industry, from smart TVs and thermostats to connected speakers, wearables, and home assistants. Talluri specifically pointed out that smartphones and tablets aren’t included in the one billion figure.

As this chart demonstrates, the Internet of Things (IoT) will literally incorporate devices throughout consumer & home, retail, security and surveillance, IT and networking, transportation and industry, healthcare, energy 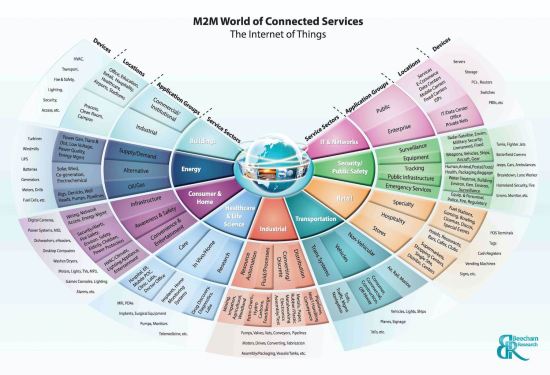 Notice that “Elderly and Children” are considered “things” in these digital tracking grid which otherwise incorporates refrigerators, stoves and smart appliances to share data and “spy” on individuals in their own homes.

And people are just another track and traceable part of the system.

It is absolute confirmation that “mark of the beast” technology is coming into full force – whether or not they will succeed in implanting microchips into people remains to be seen, but a major attempt is in the works.

In the meantime, there is now information about every move you, or any piece of “inventory” makes inside the system.

This is the society that has been built.

Good luck avoiding it. You won’t avoid these devices by accident, it will take a lot of work to remain anonymous, off the grid, and out of their grasp.

As Sargent Survival at BeSurvival.com explains, getting out of the system is no easy task. Any serious attempt to “delete” yourself from the system actually go undetected would involve some very methodical footwork.

Not impossible, but not the default by any means:

Living off grid is a great dream, and a good principle to live by. Preparing to deal with emergencies and escape the danger zones in modern cities is essential. Using technology in this world comes with many advantages, but also some serious disadvantages.

Make sure that your use of technology is serving your purposes, and not giving you away during good times or bad.

How the Crackdown on Patriots Will Occur: “Dissent Will Become Unthinkable”

What Are You Going To Do When A Massive EMP Blast Fries The U.S. Electrical Grid?

A Green Beret’s Guide to EMP: Practical Steps to Prepare for a “Lights Out” Scenario (Part 1)

This article was posted in Conspiracy Fact and Theory, Data, Emergency Preparedness, Headline News, microchip, monitor, off-grid, prepping, surveillance, tracked. Bookmark the permalink. Follow comments with the RSS feed for this post.Comments are closed, but you can leave a trackback: Trackback URL.