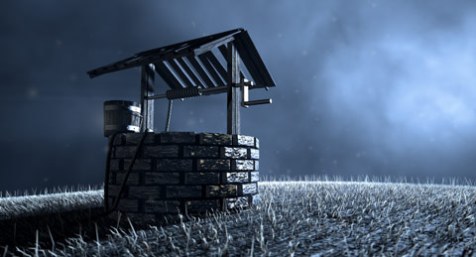 This article was written by Anonymous and originally published at AnonHQ.

Editor’s Comment: The continued assault against independence and self-sustainability is absolutely eradicating freedom. 2017 would do well to see a resurgence of off grid living and a fight back against the regulatory systems that would restrict how people can live on their own land, and without the need to be dependent upon government or corporations for their livelihood.

Unless that silent war is curbed, people will find that all the freedom talk on the Internet won’t mean anything to a population that needs its own resources and resilience. Preppers should be particularly wary of areas that have cracked down the hardest.

Oregon Couple Told They Have No Water Rights, Forced to Destroy Their Own Pond

Remember the Oregon ‘Rain Man’ or Gary Harrington — who was sent to 30 days in Jackson County Jail and slapped with a $1,500 fine for collecting rainwater on his 170-acre property? He was ordered to breach his dams and drain his ponds that held more than 13 million gallons of water, enough to fill 20 Olympic-sized swimming pools.

Now, an Oregon couple faces a similar fate as Gary Harrington because the rain belongs to the overbearing government, because corporate greed claims water is not a human right, and because Americans are not entitled to do what they please on their private property.

The Jackson County Watermaster’s office has told Jon and Sabrina Carey to destroy their 2-acre pond — built 40 years ago, long before they bought the 10-acre property off Butte Falls Highway two and a half years ago — as they don’t have any water rights.

“I basically bought a lemon. That’s how they explained it to me.”

The county had no issues with the pond until Jon sought to grow legal medical cannabis on his property. He was then required to produce proof that he had a viable source of water for cannabis cultivation.

Although the county records clearly show the pond, the Watermaster’s Office claimed the previous owners had not received a permit for the pond so the Careys were now in violation of Oregon regulations — and they would have to shoulder the cost of draining the water. As a result, the Careys stopped using pond water and resorted to trucking in water from Butte Falls for their household and garden needs. 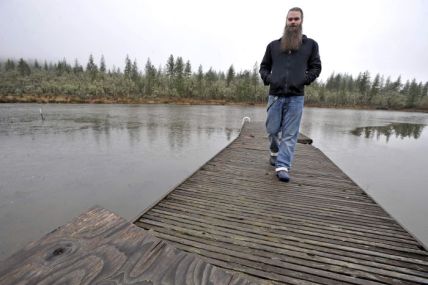 Since the Medford Water Commission has rights to the watershed around Careys’ property — where Medford’s primary source of water, Big Butte Springs, is located — its staff denied Careys request to adopt the pond and treat it as a municipal water source so that the water could be used for emergency firefighting, wildlife habitat and as an additional source for municipal needs.

In spite of the government claiming ownership of rainwater as part of the public water supply, it still rejected the Careys’ plea to treat their pond as part of public property. Mail Tribune reports:

“Water Commission staff found several problems with the Careys’ request, including setting a precedent that could prompt similar requests and weaken state statutes while not meeting the definition of ‘municipal water source’. The staff found it would be very difficult to access the water stored in the pond for municipal reasons, and further monitoring and following up on compliance issues would be difficult and costly for the commission.”

Careys’ attorney, Sarah Liljefelt, who filed a request with Jackson County to provide the couple a permit to store water, says:

“The reservoir on Ms. Carey’s property, though small, is one of the largest in the area. In the past, the pond has been used for fire suppression and is accessible to fire trucks from Butte Falls Highway. The pond is an important source of water for beavers, otters, elk, deer, bear, mountain lion, bobcat, bald eagle osprey, great blue heron, snowy egret, Canada geese and the western pond turtle.”

The utter insanity of it all. This is another example of America, land of the free https://t.co/2nj2Q6dJZP

The couple have agreed to not use the pond water for their household and garden needs and keep the pond for wildlife, fire suppression and for any purpose specified by the Medford Water Commission. They’ve also agreed to reduce the size of the pond from about 12 acre feet of water to 9.2 acre feet; execute an easement to the city of Medfore to flood the property, access the reservoir, and cause the reservoir to be drained any time the city deems necessary; and assume all costs associated with permitting, construction, maintenance and liability. However, the Medford Water Commission is unmoved.

“I’m terrified right now… I am trying to work with the various government agencies to resolve this issue so the property doesn’t lose one of its most valuable assets. We’re just trying to do it by the rules. I’m trying to cooperate.”

The couple recently received support from firefighting agencies that need the water for wildfires. A letter from the Oregon Department of Forestry to the Water Commission supported retaining the reservoir to help suppress wildfires and provide enough water for a multiday operation. Neal Laugle, state aviation manager for ODF, wrote:

“I would like to urge the Medford Water Commission to consider keeping the reservoir in place at its current capacity for the purpose of providing a long-term water source for wildland firefighting. Without the water, it could increase the length of a wildfire fight and could lead to more destructive wildfires.”

AnonHQ is an independent and investigative news organization run by people of the Anonymous collective. Our goal here is to bring the people of the world important, modern daily news regarding topics from around the globe.

Alabama City Suing Couple to Get Back on the Grid, Threatens Arrest

This article was posted in Conspiracy Fact and Theory, Emergency Preparedness, Illegal, off-grid, prepping, Private Property, rainwater, survival, sustainability and tagged liberty. Bookmark the permalink. Follow comments with the RSS feed for this post.Comments are closed, but you can leave a trackback: Trackback URL.