Utah May Soon Dump Federal Reserve: “Put Trust Back in God and Gold, Rather Than Central Bank” 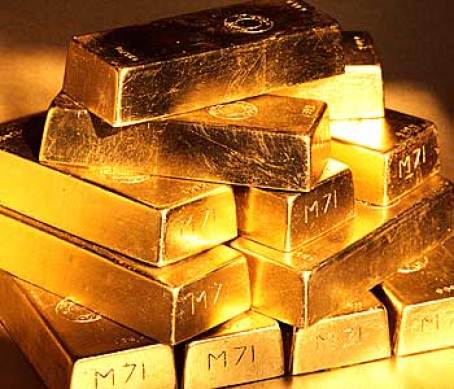 States fed up with the phony, manipulated central bank currencies are starting to move away from the failing system – and prepare to hedge themselves against the worst case scenarios of monetary collapse.

Though the Federal Reserve clearly dominates the U.S. and global economy, some U.S. states are making moves to reestablish real money, and shift away from the burdensome and oppressive central bank currency.

With the financial system so broadly manipulated by central bank printing – and the experiment over the past eight years of zero interest, unlimited  – many leaders are looking for a safe haven and a guard against the downturn of weak spots of debt-based money printing as the default means of exchange.

Put more simply, Utah may soon lead the way of putting “trust” back in God and gold, rather than in God and the Federal Reserve.

A new law proposed in the House there would allow for a repository of physical gold, and encourage and facilitate official business of the State being conducted with funds backed by or drawn from the value of this stored wealth – a subtle move that is nonetheless revolutionary in scope.

According to the 10th Amendment Center:

A bill introduced in the Utah legislature would build on the state’s Legal Tender Act, creating a foundation for further action to encourage the use of gold and silver as money, and take another step toward breaking the Federal Reserve’s monopoly on money.

Rep. Ken Ivory (R-West Jordan) introduced House Bill 224 (HB224) on Jan. 27. The legislation would add several provisions to state law designed to encourage the use of gold and silver as legal tender. Passage would set the stage for expansion of gold repositories in the state and authorize further study on several sound money policies.

Things probably wouldn’t change overnight, but it would certainly be noticed by the banking class.

Relevant portion on Utah and gold starting around 11:30 minutes

According to the definitions set in place by the founders of this nation, only gold and silver represent real currency.

Article 1 Section 10 of the U.S. Constitution makes clear that only gold and silver are to be used as payment, but it is hardly what takes place in the modern economy:

No State shall enter into any Treaty, Alliance, or Confederation; grant Letters of Marque and Reprisal; coin Money; emit Bills of Credit; make any Thing but gold and silver Coin a Tender in Payment of Debts; pass any Bill of Attainder, ex post facto Law, or Law impairing the Obligation of Contracts, or grant any Title of Nobility.

While Texas made a big move in 2015 to set up a gold bullion depository in the state, Utah – historically a very independent and conservative state – is also now attempting to get back on solid footing. As SHTF reported:

As Money Metals Exchange explains, Texas’ move to repatriate gold is a big deal, centered around distrust of Wall Street financial markets and a keen eye on schemes surrounding the physical possession of gold.

When Governor Greg Abbott signed House Bill Number 483 in his own hand on Friday, Texas gave a big gold “finger” to Wall Street and will soon bring $1 billion in gold bars back to the Lone Star State.

[…]  In fact, those with the fiduciary responsibility for managing the Texas gold are feeling less certain than ever.

Many European nations – like Germany – have been repatriating their gold bullion holdings, billions of which have been until recently retained by the NY Fed and other central bank vehicles, while Russia and China, among other world powers, have been accumulating massive amounts of gold at a rate never before seen in history.

Much of it is being soaked up in stealth, and through back channels on the market to downplay the size of the purchases, but close observers are acutely aware of the fact that many states are attempting to build up enough personal collateral to guarantee their relative place if/when the dollar reserve standard is officially dissolved, and a new global exchange takes over.

Of course, individual states in the United States can also make similar moves, and thereby stave off the effects of bankruptcy and potential currency collapse in the foreseeable future.

Would states see a return to prosperity and independence if they used sound money and avoided the debt trap and control instrument of the Fed?

The answer should be obvious, but many would be surprised at how it plays out, if it were allowed to happen.

If states and foreign nations are putting this much stock in gold, given their knowledge of economic events yet to unfold, should you be placing your trust in gold, silver or other precious metals as well?

Keep your eyes on Utah… and if it takes hold there, other states that want more freedom.

The Ultimate Call: Will Federal Reserve Be Caught Without Gold in ‘Repatriation Rush’?

University of Texas Takes Physical Delivery of $1 BILLION In Gold

Uncertain In 2017? Analysts Expect “Silver and Gold Rally Under Trump”