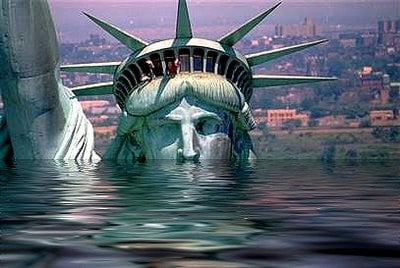 Anyone who feels like the American Dream is dead can now cite solid evidence of its abrupt end.

It seems that eight years of life under Comrade Obama was not only difficult economically, but was fiscally difficult for most American families because his administration had done so much to restrict economic freedom – until his time, a basic tenet of American life, and essential to fostering a vibrant economy in the middle and working classes.

A new set of rankings released by the Heritage Foundation in its 2017 “Index of Economic Freedom” revealed that the United States has been on a continual decline over the past decade, and especially since the 2008 economic crisis. Slipping down to 17th among 180 countries, and losing ground yet again, the country that so often celebrates its shining liberty is considered to be only “mostly free.”

A wave of unprecedented government intervention cut deeply into both freedom and prosperity for millions upon millions of Americans; the reliance upon Federal Reserve QE programs to stimulate the economy has killed businesses, and made other reliant upon government ties to make profits (mainly at the top).

It’s already been eight years since the Great Recession, yet the U.S. economy has been just inching along, with its productivity flagging and millions being locked out of the labor market.

One critical underlying factor for this lack of economic dynamism has been the startling decline of America’s economic freedom, an unfortunate legacy of Barack Obama’s eight-year presidency.

The Heritage Foundation’s 2017 Index of Economic Freedom—an annual global study that compares countries’ entrepreneurial environments—highlights the urgent need for the U.S. to change course. For the ninth time in the past 10 years since 2008, America has lost ground.

The U.S. remains mired in the ranks of the “mostly free,” the second-tier economic freedom status into which it dropped in 2010.

In fact, America’s standing in the index had dwindled steadily during the Obama years. This largely owed to increased government spending, regulations, and a failed stimulus program that enriched the well-connected while leaving average Americans behind.

Read the Heritage Foundation report “Blueprint for Reform: A Comprehensive Policy Agenda for a New Administration in 2017” here.

The government takeover of health care – and forcing Americans to buy into their program – has taken a significant toll. So has government takeover of finance, forcing taxpayers to bankroll a bailout for Wall Street, only to eat the continued decline in prosperity as a result of the terrible policies that solidified under President Obama. Meanwhile, business as usual in the federal government meant more cronyism and picking of winners and losers that ever before in U.S. history.

The attempt to push through a climate change/carbon tax cap & tax system, including proposals to make Americans pay more for everything green, to have homes inspected, pay penalties and fines, and ultimately, pay for the privilege of breathing the air and living on this planet have also signaled an impoverished and tightly controlled future.

However, even President Obama wasn’t able to accomplish everything he wanted; though the era of his worldview has greatly damaged the U.S. in many ways.

Eight years of being coached into debt for everything – from college loans that don’t lead to jobs, to homes you can never really own, and a monetary system that is declining rapidly in value all the time, has marred and stalled what is the very essence of this country.

Ultimately, his legacy is a very somber $20 trillion in national debt – a staggering double on the debt throughout American history up until the end of the Bush years.

This country faces grave decline, and can only turn around if the tax burden is taken off of ordinary people, if jobs and independent business again becomes possible, and if the damn government would just get out of the way.

Unfortunately, it could be too late. Many people now see a recession, and a possible larger collapse and depression, as systematically unavoidable. On paper anyway, someone must pay the bill for the past eight years of economic stagnation and decline.

ObamaScare: Our Entire Economy is About to Get Hit With a Sledgehammer

2017 the Beginning Of the End: “U.S. Economy About To Get Slammed By A Major Recession”

10 Signs That Obamacare Is Going To Wreck The U.S. Economy

This article was posted in Conspiracy Fact and Theory, Economy, freedom, Headline News, obama, Obamacare, Prosperity, qe, regulation, small business, taxes and tagged commodities, Federal Reserve. Bookmark the permalink. Follow comments with the RSS feed for this post.Comments are closed, but you can leave a trackback: Trackback URL.