Just As Predicted by Clairvoyant: “Antarctica Will Break Apart, Hidden Past Will Be Exposed” 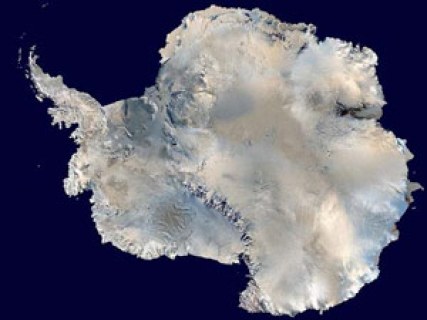 Something enormous, epoch making, is happening in Antarctica.

Although the recent visits by heads of state and other high profile figures to Antarctica remain shrouded in mystery, but there are repeated suggestions that things are changing rapidly there – perhaps the pole shift is happening at a drastic rate – and something buried or hidden may have been discovered.

It is well known in conspiracy circles that the Nazi’s established a secret base in Neuschwabenland, Antarctica during WW2, and it apparently involved the UFO-type aircraft being secretly developed, though no one with any position authority has ever dared to confirm these developments in a major public way.

The U.S. launched a massive military operation after the war in Antarctica, led by Admiral Richard E. Byrd – and they were met with superior military force that ultimately repelled the American expedition. Massive secrets were suggested by the operational secrecy, the buried accounts and the unfinished business at the South Pole. The Russians, too, were involved in territorial disputes and expeditions, before international treaties brought quiet to the South Pole front.

With the recent melt, and cracking of the ice, which is expected to lead to the release of an iceberg the size of Delaware, there is reason to speculate about what we might find in the least explored and least understood land mass on the globe.

How far does that hidden history go?

Does it involve science fiction stories turned fact? Is there advanced technology, or evidence of ancient alien life present and unfrozen from the ice?

Because poles have historically shifted, Antarctica has not always been buried under a permanently-frozen wasteland, but if there was human civilization or alien contact at any point on the quiet continent, it was not during the current period of recorded human history… unless there is more to the underground world there than mankind has heretofore accepted.

Already, heated debate over the meaning of an apparent pyramid uncovered in Antarctica is raising some fascinating queries. 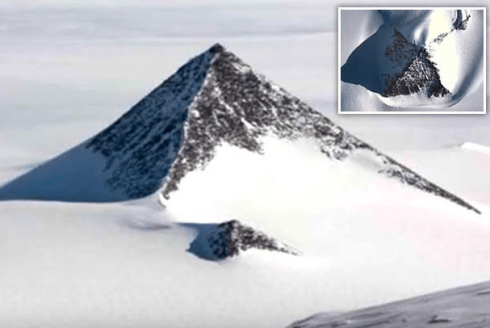 What is downright strange about the whole intrigue and mystery surrounding Antarctica, is that clairvoyant Edgar Cayce seems to have predicted these massive changes in the earth:

“The earth will be broken up in many places. The early portion will see a change in the physical aspect of the west coast of America. There will appear open waters in the northern portions of Greenland.”

“There will be seen new lands of the Caribbean Sea. South America will be shaken from the uppermost portion to the end; and in the Antarctic off Tierra del Fuego will be land, and a strait with rushing waters.”

“When there is first the breaking up of some conditions in the South Sea and those as apparent as the sinking or rising of that which is almost opposite it, or in the Mediterranean, and the Aetna area, then we may know it has begun.”

The planet is changing, and it could destroy life as we know it, or uncover truly unique aspects of the past.

Either way, your global warming and human climate change activity have nothing to do with it – these are planetary, geomagnetic events, impacted by changing conditions in the earth’s core, the intensity of cosmic radiation and solar events, and similar factors that either sustain life on the planet, or upend it.

One thing is clear, we know next to nothing about what is really happening on – and to – this piece of earth we call home.

Empire Beneath The Ice

The Ice Is Cracking in Antarctica. “Pyramids” Have Been Spotted. Is a Secret Past Emerging?

The Big Thaw On Earth’s Hidden Mysteries? “Antarctica Ready To Give Up Secrets”

Watch: The Mysteries Of Antarctica Revealed: “Someone Or Something Has Summoned The World’s Political and Religious Leaders to Antarctica”

Secrecy and Mysteries Challenge the Official History of Antarctica

This article was posted in aftermath, antarctica, buzz aldrin, Climate Change, Conspiracy Fact and Theory, John Kerry, melting, Mysteries, mysterious, pyramids, UFOs. Bookmark the permalink. Follow comments with the RSS feed for this post.Comments are closed, but you can leave a trackback: Trackback URL.