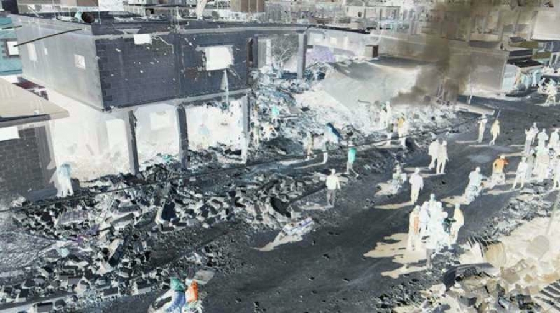 Early on the morning of April 7, American warships stationed in the Mediterranean Sea fired 59 Tomahawk cruise missiles at a Syrian airbase in response to an alleged chemical weapons attack carried out by the Syrian regime. But in a report published on Sunday at the German newspaper Die Welt, veteran investigative reporter Seymour Hersh throws cold water on the claim of Syrian culpability, exposing yet another instance of military action based on flawed—or in this case, entirely nonexistent—intelligence.

Russian Intelligence and the April 4 Strike

On April 4 at about 6:55 a.m., Syrian time, the Syrian government carried out an airstrike on a two-story cinder block building determined by Russian intelligence to be a rebel command center, where commanders of the Syrian opposition’s most radical Islamist factions frequently met. The strike killed up to four jihadist leaders, according to an intelligence estimate.

The Syrian target at Khan Sheikhoun […] was depicted as a two-story cinder-block building in the northern part of town. Russian intelligence, which is shared when necessary with Syria and the U.S. as part of their joint fight against jihadist groups, had established that a high-level meeting of jihadist leaders was to take place in the building, including representatives of Ahrar al-Sham and the al-Qaida-affiliated group formerly known as Jabhat al-Nusra.

The post Report: Syrian Government Not Responsible for Alleged Khan Sheikhoun Chemical Attack appeared first on Silver For The People.

This article was posted in Chemical Attack, Khan Sheikhoun, Syrian government and tagged Uncategorized. Bookmark the permalink. Follow comments with the RSS feed for this post.Comments are closed, but you can leave a trackback: Trackback URL.