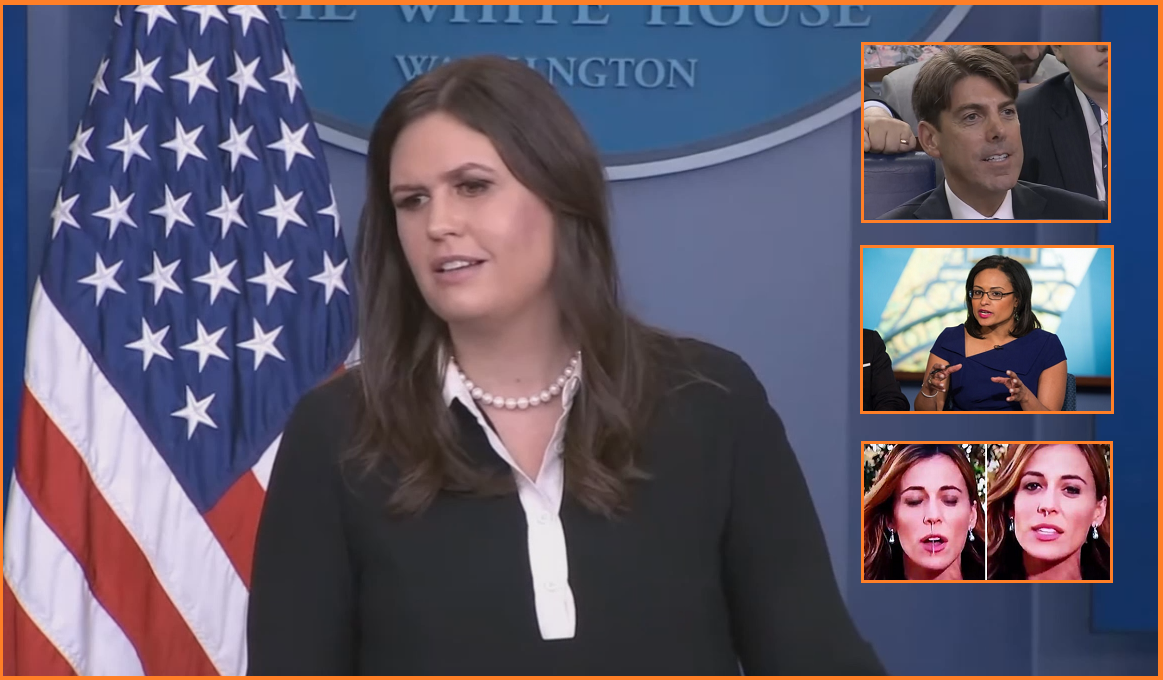 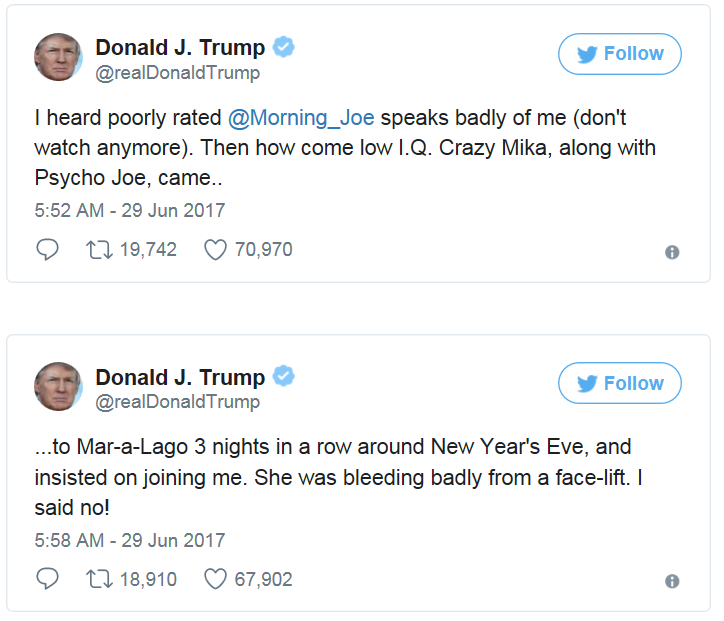 When NBC’s Hallie Jackson asked how “as a woman” she felt about the President attacking another woman on her looks, Sanders didn’t bat an eyelash – telling the outraged social justice journalist:

“Everybody wants to make this “an attack on a woman.” What about the constant attacks he [Trump] receives? Or the rest of us? I’m a woman and I’ve been attacked by the shows multiple times – but I don’t cry foul because of it. I think that you want to create this false narrative – one hand it’s like “let’s treat everybody equally,” and on the other hand they attack, attack, attack – and apparently that’s wrong.”

BUT SARAH – THE CHILDREN!

Attempting to lure Huckabee into a logic trap – Jackson then asked what the Press Secretary would tell her children about Trump’s tweets. Sorry Hallie, God wins just about every time.

Hallie Jackson: You talk about being personally affected by all of this as well – and that nothing is wrong with the president fighting fire with fire – is the argument you’re making. On a personal level, you have sat here and talked about your family from this podium. Are you going to tell your kids this behavior is okay?

Sarah H. Sanders: Look, I’ve been asked before – when it comes to role models, as a person of faith, I think we all have one perfect role model, and when I’m asked that question I point to God, I point to my faith, and that’s where I tell my kids to look. None of us are perfect, and certainly there’s only one that is, and that’s where I would point.

How do Trump’s tweets help his agenda?

Jon Decker of FOX News Radio then asked Sanders whether or not Trump’s tweets helps his legislative agenda, which she threw right back at Decker and the MSM – listing how much time the media has spent covering various topics:

Sanders: You look at the coverage over the last month of the extended period between May and June – all of the major networks, if you look at their coverage and what they’re talking about, they spent one minute in the evening newscast talking about tax reform, three minutes on infrastructure, five minutes on the economy and jobs, 17 minutes on healthcare, and 353 minutes attacking the President and pushing a false narrative on Russia. I mean, look at that in comparison. If you guys want to talk about legislative agenda and focus on policy and priorities – you guys get to help set that table.

But, but – Trump should be better than a cable news journalist…

Kristen Welker: “Does his tweet this morning, his series of tweets help to unify the country?”

Sarah H. Sanders: “Look, again, I think that the President is pushing back against people who attack him day after day after day.  Where is the outrage on that?”

Kristen Welker: “I understand your point, but he’s the President of the United States, they are cable news anchors.  So he has to stand to a higher standard”

Sarah H. Sanders: “Again, I think I’ve been pretty clear that when the President gets hit, he’s going to hit back harder, which is what he did here today.”

At the end of the day