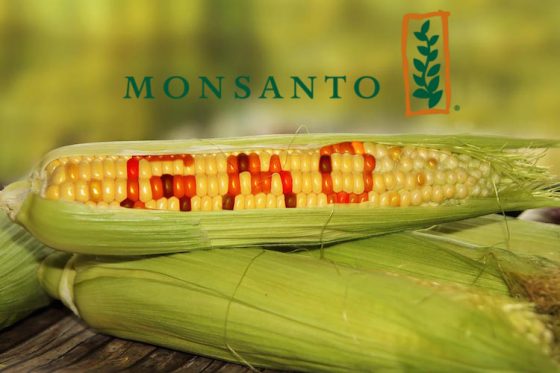 Forget spraying pesticides on your food, now they’ll be genetically engineered to be in your food, thanks to Monsanto’s latest quiet approval via the US Environmental Protection Agency.

The EPA just told Monsanto they could go ahead and bypass spraying our crops with carcinogenic chemicals like Round Up and just go ahead and breed them right into the crops themselves. Using a process called RNA interference, Monsanto’s RNAi plant will supposedly kill pesky rootworms when they come along to chomp on them- but what else will these genetically modified crops do to beneficial bugs, the soil, and human health? The EPA has no idea, because they haven’t done a single trial on RNAi-altered crops.

Nonetheless, the EPA quietly gave Monsanto a Get-Out-of-Jail-Free card by allowing them to move forward with their genetically modified corn strain. Some are calling this a genetic weapon, in its infancy. Others are concerned that RNAi will have ramifications for the biosphere that – just like all of Monsanto’s other products – don’t come to light for years to come.

For instance, the National Honey Bee Advisory Board said in comments submitted to the E.P.A. before a “meeting” in which this controversial genetic technology was to be reviewed,

The post GMOS JUST GOT A LOT MORE FRIGHTENING WITH APPROVAL OF NEW MONSANTO PRODUCT appeared first on Silver For The People.

This article was posted in EPA, GMO, MONSANTO PRODUCT and tagged Uncategorized. Bookmark the permalink. Follow comments with the RSS feed for this post.Comments are closed, but you can leave a trackback: Trackback URL.