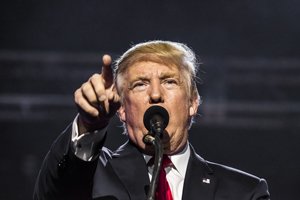 The Dow Jones news today is highlighted by political turmoil in Washington, as U.S. President Donald Trump’s controversial remarks sent CEOs fleeing from his “American Manufacturing Council.” Dow Jones futures are up 43 points this morning, as investors look for clues to the next interest rate hike after the release of the minutes from the U.S. Federal Reserve’s most recent meeting.

Here are the numbers from Tuesday for the Dow, S&P 500, and Nasdaq:

The post Stocks Push Higher Even as CEOs Flee White House Council appeared first on Silver For The People.

This article was posted in Donald Trump, dow, interest rate hike, NASDAQ, S&P 500, stocks, White House and tagged Uncategorized. Bookmark the permalink. Follow comments with the RSS feed for this post.Comments are closed, but you can leave a trackback: Trackback URL.