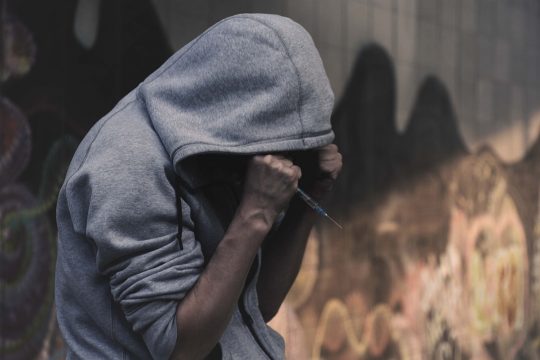 Even though it has always been kind of crazy, at one time Portland, Oregon was quite an attractive place to live, but now those days are long gone.  Today, the city streets are strewn with garbage, drug paraphernalia and human feces.  Mentally ill homeless people and drug addicts wander about like zombies, and there are certain areas of the city that you absolutely do not want to visit at night.  In essence, the city is slowly becoming a post-apocalyptic version of its former self, and those that love the city are seething with frustration.  Of course Portland is simply experiencing the same surge in homelessness that so many other west coast cities are struggling to deal with.  As housing prices have risen dramatically, many on the lower end of the income scale have been priced out of the market entirely, and an increasing number of people are being forced to sleep in vehicles, in shelters or on the streets.

The president of the police union in Portland has had enough.  His officers are overwhelmed by the needs of the homeless on a nightly basis, and he is calling on the mayor to finally do something to resolve this crisis.  The following is the first paragraph from a statement that PPA President Daryl Turner just released…

Our City has become a cesspool. Livability that once made Portland a unique and vibrant city is now replaced with human feces in businesses doorways, in our parks, and on our streets. Aggressive panhandlers block the sidewalks, storefronts, and landmarks like Pioneer Square, discouraging people from enjoying our City. Garbage-filled RVs and vehicles are strewn throughout our neighborhoods. Used needles, drug paraphernalia, and trash are common sights lining the streets and sidewalks of the downtown core area, under our bridges, and freeway overpasses. That’s not what our families, business owners, and tourists deserve.

If that sounds familiar, that is because many other west coast cities are dealing with the exact same issues right now.

For example, new San Francisco Mayor London Breed recently admitted that there “is more feces on the sidewalks than I’ve ever seen”…

The streets of San Francisco are littered with a “dangerous mix of drug needles, garbage, and feces”, KNTV’s investigative team reported in February after surveying the city’s streets.

And a lot of other San Francisco residents have noticed the exact same thing.  In fact, during one recent seven day period 16,000 complaints were submitted to the city about human feces.

It is important to keep in mind that San Francisco supposedly has a “booming economy” and some of the highest real estate prices in the entire nation.

If this is happening in a “prosperous area”, what are things like in major cities where things are not so prosperous?

Let that sink in for a moment.

During this supposed “economy recovery”, our second largest city has seen homelessness go up 75 percent.

Sadly, it is estimated that 25 percent of the nation’s entire homeless population now lives in California…

While it’s tough to say precisely how many Californians are experiencing homelessness, the federal Housing and Urban Development Department estimates the number statewide at 130,000 on a given night. That’s 25 percent of the entire nation’s homeless population. Since 2016, California experienced a larger increase in homelessness than any other state.

At one time, L.A.’s “skid row” was limited to a single street, but now it goes on mile after mile.  I just have to share with you the following excerpt from an excellent article about what life is like for those living on this famous stretch of real estate…

Most of its 2,000 residents sleep in tents or under tarps. Those with more status occupy the sides of streets shaded by trees. Location, location, location. The lowest caste sleep on cardboard or nothing. Some people rent tents for a few bucks a night.

There are no liquor stores so businessmen buy alcohol from shops a few miles away and sell it at a steep mark-up. Loan sharks collect debts by taking control of the debit cards issued to homeless people by government agencies.

A guy sits at a table on the sidewalk selling cigarettes and joints. The city has installed sidewalk restrooms. Ruffin pointed to one and figured people inside were shooting up or smoking. Meth, heroin and crack are the scourges of choice. Needles litter the gutter, as does a dead rat. On another block, homeless entrepreneurs chop and assemble bicycles for sale.

In the nearby neighborhood of Wallingford, a newly erected outpost of small wooden shacks offer shelter for 22 of Seattle’s homeless residents. This is a “tiny house village,” sanctioned by the city as a kind of middle ground between living at a street address and on the street. The buildings sit in the corner of a parking lot across from a seafood restaurant, shielded from view by a metal fence. Each shack, painted with one of the bold colors of a Crayola starter pack, offers electricity and a roof sturdier than the tents in Seattle’s increasingly common homeless encampments. Every resident is issued a window fan for the occasional hot day, and the people here hope to receive heaters before winter. But the small collections of potted petunias and pothos that sit in front of their temporary homes are unlikely to survive the city’s harshest months.

Unfortunately, this is probably only just the beginning of this crisis.  Homelessness always explodes during a recession, and many believe that we are rapidly approaching another one.  West coast cities are really struggling to deal with this crisis right now, and it is hard to imagine how they will deal with the tsunami of human suffering that is coming their way once economic conditions begin to sour.


The post Police Union President Laments That Portland Has Become A “Cesspool” As West Coast Cities Struggle With An Unprecedented Surge In Homelessness appeared first on The Economic Collapse.