Just a few short day after Trump’s second pick – Heather Nauert – for UN Ambassador suddenly decided against it, the President tweeted that he intends to nominate Kelly Craft to be his ambassador to the United Nations: “Kelly has done an outstanding job representing our Nation and I have no doubt that, under her leadership, our Country will be represented at the highest level. Congratulations to Kelly and her entire family!”

….Kelly has done an outstanding job representing our Nation and I have no doubt that, under her leadership, our Country will be represented at the highest level. Congratulations to Kelly and her entire family!

A longtime donor to Republicans, as Bloomberg reports, Craft, 56, was an active supporter of President George W. Bush, who in 2007 appointed her a delegate to the United Nations General Assembly. She and her husband, billionaire coal mining magnate Joe Craft, backed Florida Senator Marco Rubio in the 2016 Republican primaries before ultimately supporting Trump and giving $750,000 to Future 45, a super-PAC led by Joe Ricketts and Sheldon Adelson. 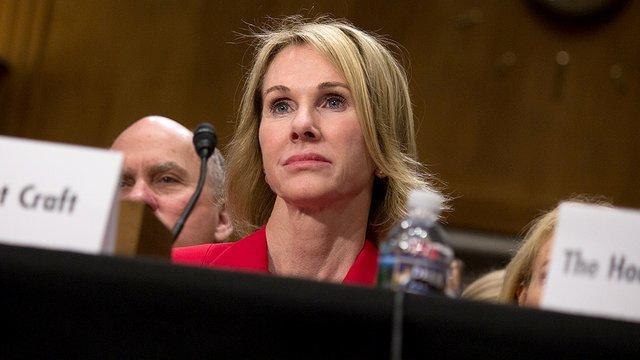 Senate Majority Leader Mitch McConnell (R-Ky.) had recommended Craft for the position, a spokesperson for the GOP leader told The Hill this week.

“Kelly Craft is a strong advocate for American interests and will be a powerful representative of our great nation at the U.N.,” McConnell said in a statement.

The Trump administration is hoping that 3rd choice Craft, the U.S. ambassador to Canada, will stick (after Dina Powell offered a “not interested” response after reportedly being Trump’s first pick), as unlike Nauert, she has already withstood the scrutiny of confirmation hearings for her current post.