One way or the other, life in America will never be the same after this… 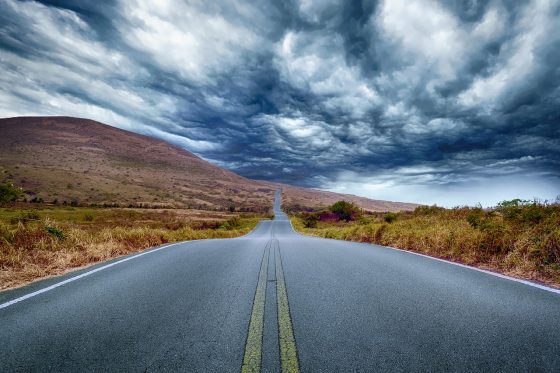 How in the world will it be possible for America to have a bright future when about half the country is going to feel like the election has been stolen from them no matter what the final outcome is?  There simply isn’t going to be any going back to the way that things were for the last four years.  At this moment, tens of millions of Trump supporters believe that the Democrats stole the election.  But if the courts agree with Trump’s legal team and Trump ends up getting a second term, tens of millions of Biden supporters will be convinced that Republicans stole the election.  Either way, we are going to be a nation that is full of deeply angry people.

Right now, the mainstream media is assuming that Biden is going to be president.  But the reality of the matter is that we are going to end up with either Donald Trump or Kamala Harris in the White House.  Even if Biden is inaugurated, his rapidly deteriorating physical condition will not allow him to serve for very long.  Whether it is a matter of years, months or days, everyone knows that a Biden administration will simply just be a bridge to a Harris administration.

If Trump’s legal challenges are not successful and Biden ultimately emerges victorious, Trump supporters should actually be praying really hard for Biden’s health, because things will actually go much worse for them under a Harris administration.  I believe that Biden will at least try to maintain the facade that he is attempting to “unify” the nation, but once he is out of the picture Harris won’t hesitate to bring the hammer down on her opposition.

Harris was rated the most liberal member of the U.S. Senate during her time there.  Yes, that makes her even more liberal than Bernie Sanders.  And when she was the attorney general of California, she showed how utterly ruthless she can be at times.

During the general election, she tried to show a softer side, but it didn’t really fool anyone.  We all remember the far left policies that she embraced during her ill-fated run for the presidency, and her record as attorney general of California clearly demonstrates her authoritarian tendencies.

Of course many Trump supporters are hoping that a Harris administration will never materialize because Trump wins a second term.  And without a doubt, that is definitely possible.  On Tuesday night, White House Press Secretary Kayleigh McEnany showed Sean Hannity a stack of 234 pages of sworn affidavits from people that have testified that they witnessed election fraud in their states.  Each day more evidence of voting irregularities continues to emerge, and I am sure that there will be more bombshells tomorrow.

But the clock is ticking.  As I discussed earlier today, the Electoral College is going to cast their votes on December 14th, and any disputes regarding the selection of electors must be resolved by December 8th.

So that means that Trump’s legal team has less than a month to flip the results in enough states to give Trump the victory, and that is going to be an exceedingly difficult task.

But for a moment, let’s assume that Trump’s legal team is successful.

Do you think that the left is just going to back down and accept four more years of Trump peacefully?

Just put yourself in their shoes.  The mainstream media has been telling them over and over that they won the election legitimately and that there is “absolutely no evidence” of election fraud.  When the big news networks called the election for Biden, they laughed, they cried and they danced in the streets.  For many on the left, it was as if Christmas, their birthdays, and the 4th of July had arrived all at once.

Can you imagine how much fury they are going to feel if Trump’s legal team is able to flip state after state and swing the final outcome back in the other direction?

It would definitely be enough to convince many of them that a peaceful solution is no longer possible.  I believe that we would see violence in our streets on a permanent basis from this point forward, and it would be far worse than any of the civil unrest that we have witnessed so far.

Like I said, there is no going back to how things were before.

I don’t see any other option at this point.

As it stands, we still do not know who is going to win.  According to the U.S. Constitution, it is the Electoral College that elects the president, and that election is not going to be held until December 14th.

Yes, if we get to December 8th and Joe Biden is still leading in the vote count in the states that he is currently leading, it will appear that time will have run out for the Trump campaign.

But 234 pages of sworn affidavits is nothing to scoff at, and I am sure that Trump’s legal team is working night and day to uncover even more evidence of potential fraud.

It would take the biggest legal miracle in U.S. election history for Trump to pull this off, but it is definitely still possible.

Right now, we are still playing a waiting game.  Most Trump supporters still think that Trump will end up winning, and most Biden supporters are absolutely convinced that they have this election in the bag.

But once the votes have been cast by the Electoral College, there will be no going back, and the sheer horror of what has happened will start to sink in for about half the country.

No matter what the outcome is, the years ahead are going to be incredibly painful as our society literally comes apart at the seams all around us.

After everything that has already taken place, nobody is going to be able to “bring us together”, and life in America will never be the same again.

About the Author: My name is Michael Snyder and my brand new book entitled “Lost Prophecies Of The Future Of America” is now available on Amazon.com.  In addition to my new book, I have written four others that are available on Amazon.com including The Beginning Of The End, Get Prepared Now, and Living A Life That Really Matters. (#CommissionsEarned)  By purchasing the books you help to support the work that my wife and I are doing, and by giving it to others you help to multiply the impact that we are having on people all over the globe.  I have published thousands of articles on The Economic Collapse Blog, End Of The American Dream and The Most Important News, and the articles that I publish on those sites are republished on dozens of other prominent websites all over the globe.  I always freely and happily allow others to republish my articles on their own websites, but I also ask that they include this “About the Author” section with each article.  The material contained in this article is for general information purposes only, and readers should consult licensed professionals before making any legal, business, financial or health decisions.  I encourage you to follow me on social media on Facebook and Twitter, and any way that you can share these articles with others is a great help.  During these very challenging times, people will need hope more than ever before, and it is our goal to share the gospel of Jesus Christ with as many people as we possibly can.

The post One way or the other, life in America will never be the same after this… appeared first on The Economic Collapse.