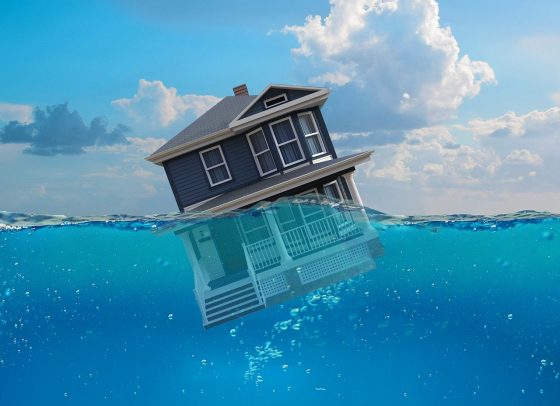 It is happening again.  More than a decade ago, we witnessed an absolutely unprecedented “housing bubble” in the United States followed by a horrific crash that resulted in millions of Americans losing their homes and a financial catastrophe on Wall Street that we still talk about today.  But instead of learning our lessons from that disaster, we are repeating history instead.  The “housing bubble” that we are currently experiencing is far larger than the one that burst in 2008, and everyone knew that if mortgage rates rose high enough it could cause the bubble to burst.  Unfortunately, that is precisely what is taking place.  The average 30 year fixed mortgage rate was sitting at 2.67 percent in December 2020, and now it has risen to 5.30 percent.  In case you are bad at math, that means that the average 30 year fixed mortgage rate has roughly doubled, and that is extremely bad news for the housing market.

The combination of rapidly rising prices and soaring interest rates means that homes have become far less affordable these days.

According to CNN, U.S. home prices have jumped almost 21 percent compared to a year ago…

It’s understandable that homeowners, in particular, might be worried about a potential housing market crash — 2008 is our most recent example of what can happen after an incredible run-up in home values. And we’ve never seen a market hotter than this one. The typical US home is worth nearly 21% more than it was just a year ago, a record that’s been reset each of the past 12 months.

That is a seismic shift.

And the truth is that the typical monthly payment is even higher here in May, because the average 30 year fixed mortgage rate has shot up to 5.30 percent…

The average 30-year fixed mortgage rate was 5.3% the second week of May, according to the government-backed mortgage buyer Freddie Mac. That’s the highest it’s been since 2009. Six months ago, mortgage rates were in the 3% range.

This is the highest that mortgage rates have been since July 2009.

And in July 2009 we were living through the aftermath of the worst housing crash in all of U.S. history.

Will the coming collapse be even worse?

As data trickles in for April, it’s becoming clear that the historically hot housing market has flipped trajectories. It’s now in cooling mode. The number of homes listed for sale is rising again. Fewer shoppers are scheduling tours. And Redfin reports 15% of home sellers in April cut their asking price—up from 9% a year ago.

And it appears that things could rapidly get even worse.

The market has clearly peaked, and now we are getting ready for the long ride downhill.

And it won’t be pretty.

Instead, the Federal Reserve is recklessly raising interest rates because it is so scared of inflation.

The Fed has warned us that more rate increases are on the way in the months ahead, and that will undoubtedly push mortgage rates even higher.

When asked if he could engineer a “soft landing”, Fed Chair Jerome Powell was very honest about the fact that he could not guarantee one…

Federal Reserve Chairman Jerome Powell warned Thursday that getting inflation under control could cause some economic pain but remains his top priority.

Powell said he couldn’t promise a so-called soft landing for the economy as the Fed raises interest rates to tamp down price increases running near their fastest pace in more than 40 years.

If a plane does not have a “soft landing”, what kind of landing does it have?

Needless to say, the only other options are a bumpy landing or a crash.

Sadly, it appears that our housing market is in for either a bumpy landing or a crash as well.

And considering how much larger this housing bubble is compared to all other U.S. housing bubbles throughout history, I would say that the odds of a crash are really quite high.

The party was fun while it lasted, but now it has come to a screeching halt.

I hope that you are prepared for what comes next.

About the Author: My name is Michael and my brand new book entitled “7 Year Apocalypse” is now available on Amazon.com.  In addition to my new book I have written five other books that are available on Amazon.com including  “Lost Prophecies Of The Future Of America”, “The Beginning Of The End”, “Get Prepared Now”, and “Living A Life That Really Matters”. (#CommissionsEarned)  When you purchase any of these books you help to support the work that I am doing, and one way that you can really help is by sending digital copies as gifts through Amazon to family and friends.  Time is short, and I need help getting these warnings into the hands of as many people as possible.  I have published thousands of articles on The Economic Collapse Blog, End Of The American Dream and The Most Important News, and the articles that I publish on those sites are republished on dozens of other prominent websites all over the globe.  I always freely and happily allow others to republish my articles on their own websites, but I also ask that they include this “About the Author” section with each article.  The material contained in this article is for general information purposes only, and readers should consult licensed professionals before making any legal, business, financial or health decisions.  I encourage you to follow me on social media on Facebook and Twitter, and any way that you can share these articles with others is a great help.  These are such troubled times, and people need hope.  John 3:16 tells us about the hope that God has given us through Jesus Christ: “For God so loved the world, that he gave his only begotten Son, that whosoever believeth in him should not perish, but have everlasting life.”  If you have not already done so, I strongly urge you to ask Jesus to be your Lord and Savior today.

The post That Giant Sound You Just Heard Was The Housing Market Starting To Crack appeared first on The Economic Collapse.