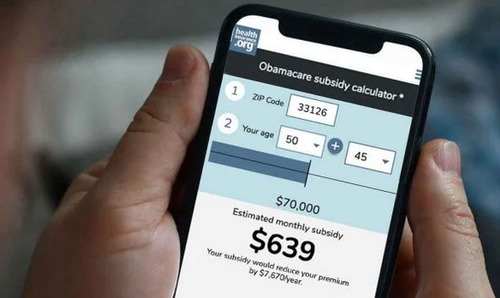 Congressional Democrats have yet another thing to worry about going into this year’s midterm elections.

A temporary pandemic relief program aimed at lowering healthcare premiums under the Affordable Care Act (ACA), also known as Obamacare, is set to expire unless Democrats can revive a reconciliation bill that extends the financial assistance past the end of the year. And that means striking a deal with Sen. Joe Manchin (D-WV).

If they can’t, roughly 13 million Americans will be hit with steep price hikes amid crippling inflation, in what Insider describes as a “time-bomb.”

“There’s no denying that if they are not extended, then there could definitely be a political impact,” said healthcare policy analyst Charles Gaba.

Voters are set to receive notices about premium increases in late October, as they head to the ballot box for the November midterms. Others would find out during the ACA open enrollment period, which begins on November 1.

“If Congress lets the ACA premium help in the American Rescue Plan expire at the end of this year, middle-class people buying their own insurance would be hit hardest,” tweeted Larry Levitt, vice president for health policy at the Kaiser Family Foundation.

If Congress lets the ACA premium help in the American Rescue Plan expire at the end of this year, middle-class people buying their own insurance would be hit hardest.

They could face a double whammy of inflation and the loss of premium assistance, costing thousands of dollars.

In this scenario, a couple nearing retirement age in West Virginia would see their monthly premium soar $2,704 if  enhanced Obamacare subsidies expire, the sharpest increase in the US. Sen. Joe Manchin of West Virginia has been open to reviving pieces of Biden’s agenda without committing to any specific plans and Democrats can’t revive a bill without his support. He has been publicly noncommittal on renewing the program in a smaller package. -Insider

Americans who make just enough to lose access to government help would feel the brunt of the increases. “If you’re in that situation, you’d see all financial aid removed and your net cost would increase pretty dramatically,” said Gaba.

As Insider notes, 20 Senate Democrats urged President Biden to include an extension of Obamacare subsidies a priority in his Build Back Better plan.

In other words – extending the assistance is a no-brainer for Democrats. The only question is whether Manchin will be on board. According to Politico, “Staffers for Manchin and Senate Majority Leader Chuck Schumer have spent the last couple weeks exchanging preliminary ideas for what the framework of a bill might look like,” adding that “the discussions have boosted hopes that an agreement remains in reach, though there is little expectation of a breakthrough before Memorial Day.”

if the insurer hikes the unsubsidized premium by 10% for inflation, that’s another $1,468.”

Extending the extra ACA premium help in the American Rescue plan beyond this year would increase federal spending, which could come from tax increases or lowering drug prices.

Not extending the help would result in a premium shock for ACA enrollees.

The post Obamacare ‘Time Bomb’ To Hit Right Before Midterms first appeared on SHTF Plan – When It Hits The Fan, Don’t Say We Didn’t Warn You.